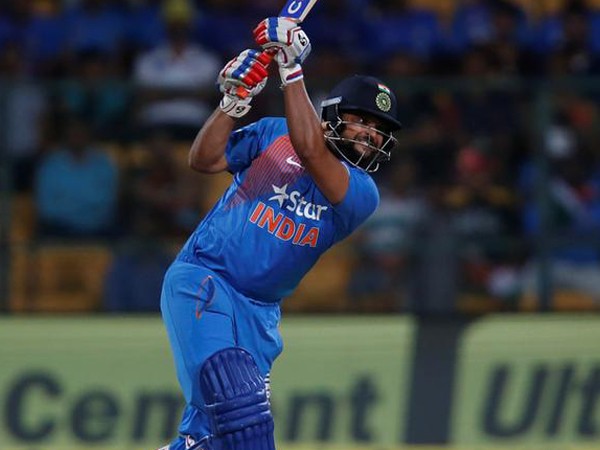 By Nitin Srivastava
New Delhi [India], June 20 (ANI): Batsman Suresh Raina on Saturday said that China does not deserve anything from India, as tensions between both countries have been flaring up at the Line of Actual Control (LAC).
The calls for boycotting Chinese products are also increasing by the minute after 20 Indian Army personnel, including a Colonel, were killed in the violent face-off between Indian and Chinese troops.
“There is huge anger due to the loss of our soldiers, whatever the government is doing I am sure they will certainly do a good job. It’s very sad that our soldiers have lost their lives, it’s easy for me to sit and speak about them but it’s really tough for the families of these soldiers and the way our soldiers are doing their job on border, I have no words to praise them,” Raina told ANI.
“Army is very strong and I want to salute each and every person. Firstly it was coronavirus and now the border situation, it seems something is planned, I think our force is very strong and their guts is really commendable, I feel safe just because of our forces,” he added.
On Friday, the Indian Premier League’s official handle confirmed that the governing council would be meeting next week to review all sponsorship deals. Currently, Chinese mobile manufacturer Vivo is the title sponsor of the IPL and the Board of Control for Cricket in India (BCCI) gets INR 440 crore annually from the five-year deal slated to expire in 2022.
“I think regarding sponsorships, BCCI will take the decision, our job is to play and to make nation proud and that is what we are trying to do, it’s BCCI and government who will take the call, if Prime Minister asks us, we will definitely go to the border to help our troops, each and every soldier of our country should know that whole country is backing them,” Raina said.
“My family background is from the army, I can tell you that the life of soldiers is not easy. China doesn’t anything from India, it doesn’t matter if we don’t use Chinese products,” he concluded.
Twenty Indian Army personnel, including a Colonel, were killed in the violent face-off between Indian and Chinese troops.
Indian intercepts had revealed that the Chinese side suffered 43 casualties including dead and seriously injured in the violent clash. The commanding officer of the Chinese Unit is among those killed, sources had confirmed to ANI.
The violent face-off happened in Galwan valley as a result of an attempt by the Chinese troops to “unilaterally change” the status quo during de-escalation in Eastern Ladakh and the situation could have been avoided if the agreement at the higher level been scrupulously followed by the Chinese side, India said on June 16.
In the all-party meeting on June 19, PM Modi had said that neither has anyone intruded into the Indian territory nor has anyone captured any military posts. (ANI)

Nissan to set up Datsun brand showrooms in Tier-2, 3 cities