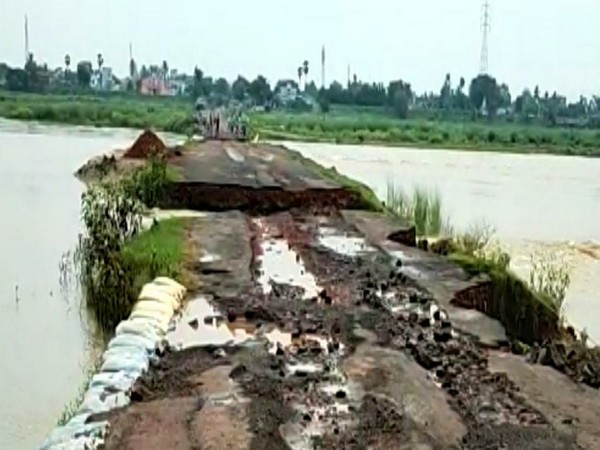 Bardhaman (West Bengal)[India], June 19 (ANI): Incessant rains in Bardhaman district over the past few days have disrupted day-to-day life. A temporary bridge built between West Burdhwan and Birbhum district on Friday got washed away due to the heavy downpour causing traffic snarls.
Dozens of vehicles were halted for hours and some even returned back due to the broken bridge.
According to the Indian Meteorological Department (IMD), fairly widespread to widespread rainfall is expected over West Bengal over the next two days. In fact, isolated heavy to very heavy falls are possible over Sub-Himalayan West Bengal, whereas Gangetic West Bengal may receive isolated heavy showers.
These wet conditions will be caused by a combination of an east-west trough from northwest Rajasthan to Gangetic West Bengal and an east-west shear zone from Sub-Himalayan West Bengal to north Konkan across the cyclonic circulation over central India. (ANI)