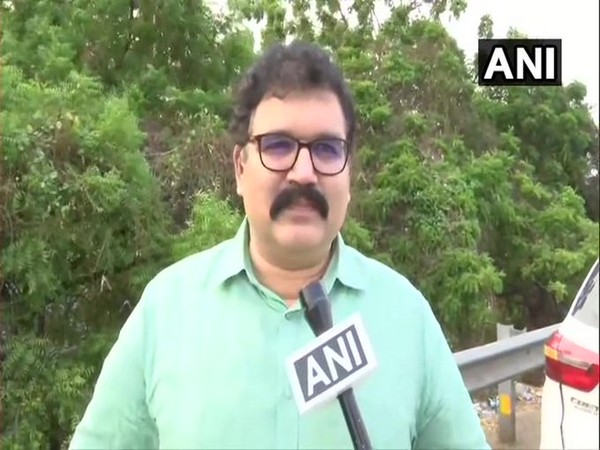 Amaravati (Andhra Pradesh) [India], June 15 (ANI): TDP spokesperson K Pattabhiram on Sunday said that the remand report has revealed how the Jagan Mohan Reddy government and the Anti-Corruption Bureau (ACB) have carried out a conspiracy behind arrest and ill-treatment of former Labour Minister and Tekkali TDP MLA, K Atchannaidu.
He said that on June 10 around noon, the Supreme Court passed serious strictures against Jagan Reddy misrule in State Election Commissioner Ramesh Kumar’s case and within a few hours Labour Department Principal Secretary issued a memo to the ACB Director-General who showed undue haste to get an FIR registered by the DSP concerned by 11 p.m. the same day.
“The very next day, the ACB officials questioned four persons and completed their probe in a single day on June 11. Atchannaidu was arrested in the early hours of the next day on June 12,” Pattabhiraman said.
Atchannaidu and retired Employees’ State Insurance (ESI) director C.K. Ramesh Kumar were sent to 14 days judicial remand over alleged irregularities in ESI procurement.
Addressing a virtual press conference here, the TDP spokesperson asked whether Jagan Reddy or his Ministers or MLAs or advisors could explain the glaring misuse of power to persecute rival leaders who did not surrender to their inducements and threats.
He condemned the illegitimate manner in which the Tekkali MLA was arrested without any proper legal notices or sufficient health precautions to guard against COVID-19. Hundreds of police surrounded his house and jumped over the walls to enter the premises.
Pattabhi questioned why the MLA was being treated like a terrorist in the way he was surrounded and arrested in the dark of night, especially when he was convalescing from an operation. Just like in the case of TDP Chief Chandrababu Naidu’s Visakhapatnam visit, the officials gave notice to Atchannaidu on a scrap of paper at the last minute, he alleged.
“From the remand report submitted by the ACB to the court, it is obvious that this arrest was made to divert people’s attention from the failures of the current government in the past one year. The FIR was registered based on a complaint by one Mr. Thokala Samrajyam,” he said.
Pattabhiram spoke that this whole cycle of events had begun because the Supreme Court reinstated Ramesh Kumar as the State Election Commissioner and criticized the state government’s motives as not being pure. He alleged that Atchannaidu’s arrest was to divert people’s attention from this and unable to escape criticism, the state government flouted all principles of natural justice in targeting Atchannaidu.
Though Atchannaidu rebutted these allegations two months ago, he was never questioned or asked to participate in any investigation until now when he was arrested without any chance to hear him out, said Atchannaidu. (ANI)

Beth Mooney reclaims No. 1 spot for batters from captain Lanning after CWG exploits

Gujarat: 2 die, many injured as Tazia comes in contact with high-tension power line

Maldives and US launch counter-terrorism exercise in Male