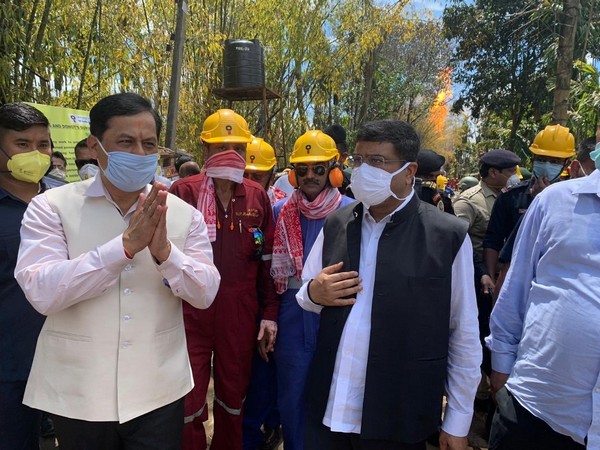 Tinsukia (Assam) [India], June 14 (ANI): Union Minister of Petroleum and Natural Gas Dharmendra Pradhan along with Assam Chief Minister Sarbananda Sonowal on Sunday visited the Baghjan blowout site in Tinsukia district to review the situation on the ground.
The blowout at the gas well of Oil India Limited (OIL) in Baghjan has not only impacted the livelihood of locals living in nearby areas but has also threatened the biodiversity zones.
Locals said several fish, birds, and dolphins were found dead after the oil spill into a river.
The Ministry of Petroleum and Natural Gas release said on Wednesday, “OIL had informed that while carrying out workover operations in the gas-producing well Baghjan-5 under Baghjan Oilfield in Tinsukia district, the well suddenly became active on May 27 and a blowout occurred. It led to the uncontrolled flow of gas from the well.”
The well is located in the vicinity of Dibru-Saikhowa National Park and Maguri Motapung Beel, a wetland. (ANI)

GMR Group to host webinar to build confidence amongst flyers

NASA spots 13 regions on Moon for astronaut landing in 2024

Clarke finds it hard to see Smith playing in next IPL