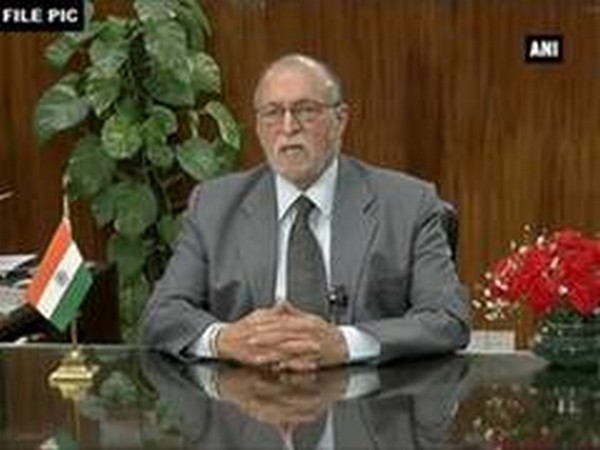 New Delhi [India], June 9 (ANI): Delhi Lieutenant Governor (LG) Anil Baijal on Tuesday said that he was forced to strike down the order of the Arvind Kejriwal government, reserving hospitals in the national capital for city residents, as it violated constitutional right to equality and right to life which includes right to health.
Speaking to ANI, Baijal said, “The order violated constitutional right to equality and right to life which includes right to health. Earlier also, a similar order of Delhi government was struck down by the High Court on the ground that no citizen of India can be discriminated on the grounds of residence.”
The reversal of AAP government circular reserving COVID-19 hospitals for Delhi residents has become a flashpoint between the LG and Delhi government.
However, the LG emphasised that during the time of the COVID-19 pandemic, it was necessary that all government agencies work together.
“I agree at this point that it is absolutely essential all agencies, be it central government, state government or local bodies work together to fight this pandemic. This is why I called an all-party meeting today to take on board all stakeholders,” he said.
He said while there have been disagreements on issues, his attempt is to ensure that all agencies work together to fight the crisis.
“The meeting I had called was conducted in a very harmonious manner and a number of suggestions have been received. With the Delhi government also, regular meetings of SDMA are held in a very constructive manner in the presence of the Chief Minister and Deputy Chief Minister. In the SDMA meeting, we get full support from the central government which sends their experts time to time to guide us. Having said that, I do reserve the right to make decisions wherever required in the interest of the people of Delhi,” Baijal further said. (ANI)

Fire breaks out at pvt hospital in Delhi, no injuries

Mainly clear to partly cloudy sky in J&K during next 24 hours: MeT

Fire at 2 hospitals in Delhi, no casualty reported

Rana Daggubati and Venkatesh Daggubati get clicked as they exit a restaurant in Mumbai; See pics

Full text: ‘Stood up for myself’ – Ashwin responds to…

‘India Can Destroy Pak If…’ Panesar Puts A Caveat While…

Give yourself the ‘gift of coverage’

Direct flights to Vietnam will be everyday: Naresh Goyal