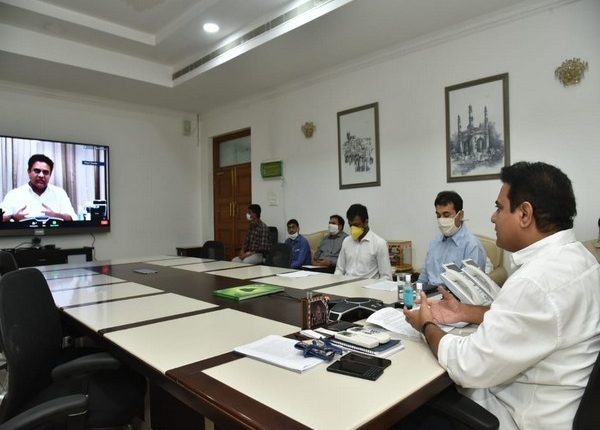 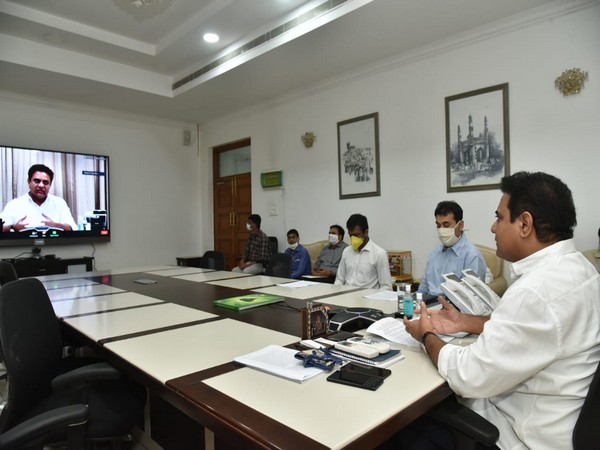 Hyderabad (Telangana) [India], June 4 (ANI): Municipal Administration and Urban Development Minister KT Rama Rao on Thursday held a review meeting on the progress of municipal works in Warangal and Khammam Municipal Corporations.
Ministers Satyavathi Rathod, Puvvada Ajay, Errabelli Dayakar Rao, MLC Kadiyam Srihari, Chief Whip Dasyam Vinay Bhaskar, MLA Dharma Reddy and MA&UD Principal Secretary Arvind Kumar participated in the review meeting.
The minister asked the officials and public representatives to give top priority to creating basic infrastructure for citizens. Rao urged his ministerial colleagues from Warangal and Khammam districts to conduct regular review meetings on the implementation of various government programmes and schemes. He urged them to review the progress of construction of double bedroom dignity houses regularly and give top priority to laying of roads, footpaths, increase greenery in towns, and build public toilets.
Rao instructed collectors and corporation commissioners to complete the development works taken up in the districts on a war footing.
The minister assured the officers that Municipal Administration and Urban Development would provide complete assistance from their end in completing the works.
He said that all the commissioners from all municipal corporations will be called for a one-day training programme where experts will talk on transforming and upgrading every town into a model one.
He enquired from officials about the supply of drinking water in Warangal and Khammam. The minister also informed that he will visit the two municipal corporations later this month. (ANI)

Tharoor says Congress needs a fresh leader, not a jaded and…