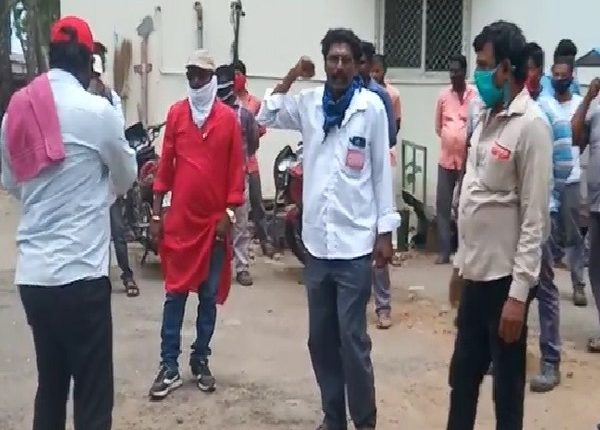 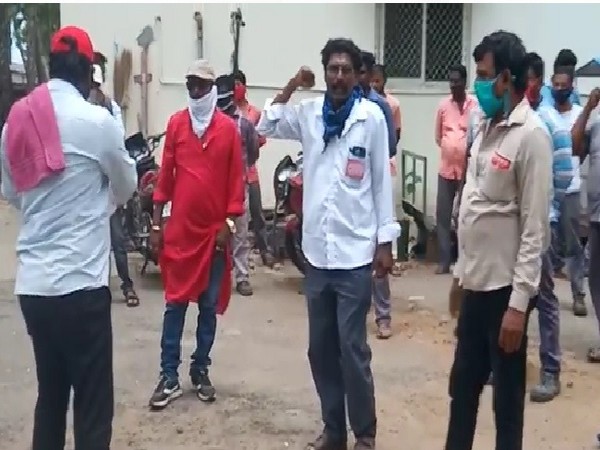 Krishna (Andhra Pradesh) [India], June 4 (ANI): Railway employees held agitation at Kondapalli railway station in the district demanding justice for the family of a railway employee Raju, who allegedly committed suicide.
They demanded that stern action should be taken against officials “who may have compelled” Raju to commit suicide.
Raju recorded a selfie video while consuming pesticide. In the video, he alleged that some officers have been harassing him. Police have filed a suspicious death case and are conducting investigations.
Raju, who was working at Erupalem in Khammam district, Telangana, allegedly committed suicide by consuming pesticide on Thursday morning here.
“The man consumed pesticide near Erupalem railway track while recording a selfie video. Later he went home on a motorcycle and informed his family members. They took him to Mylavaram government hospital and then shifted to Vijayawada government hospital for better treatment,” G Konduru, sub-inspector Rambabu said.
“He died while undergoing the treatment. Police have filed a case under sec 174 CrPC and the investigation is underway. In the selfie video, the deceased man had made severe allegations against his higher officers,” he added.
Police said that they will investigate that angle as well. (ANI)

The Russian team in Beijing: The good, the bad, and the…

Pogba is like LeBron and Bolt, says ex-Juventus teammate…

82 per cent decline in triple talaq cases in one year: Naqvi