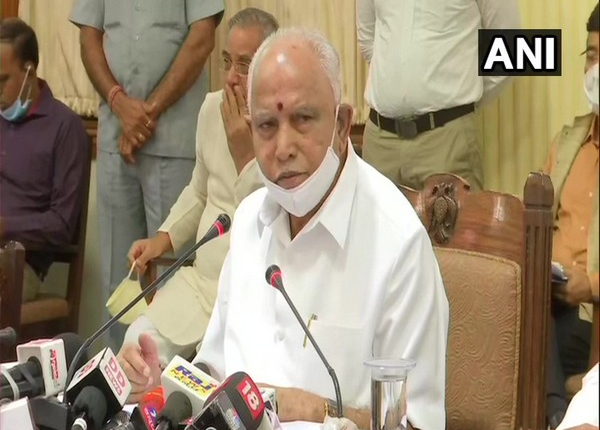 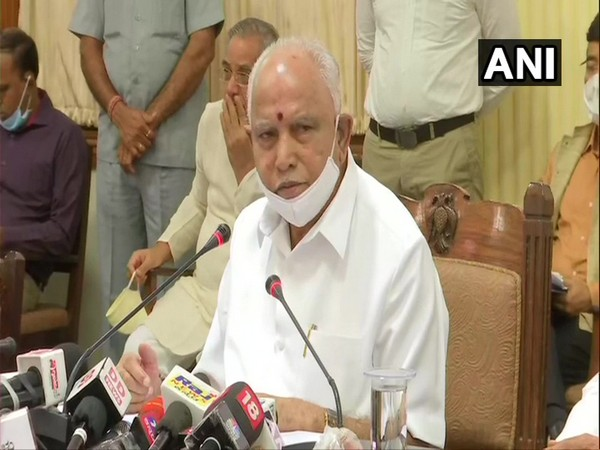 Bengaluru (Karnataka) [India], June 4 (ANI): Karnataka Chief Minister BS Yediyurappa on Thursday reviewed the progress of the home department and appreciated the efforts and services rendered by police during the COVID-19 crisis.
The Chief Minister instructed to strengthen the CEN (Cybercrime, economic offence and narcotics) police stations. He said that the forensic laboratories would be strengthened to hasten the investigations of the crimes.
Under Emergency Response Scheme, allocations would be made for the purchase of vehicles, he said.
It was decided to continue the services of more than 3,000 home guards who are at the risk of losing their jobs and depute them to different departments.
The Chief Minister directed officials to review the proposal of providing the services of the home guards to private companies in the coming days.
The officers briefed that training has been initiated to 200 State Disaster Response Force (SDRF) staff to handle the monsoon situation. They would be deputed to four divisions shortly.
“All precautionary measures have been taken in the prisons during COVID-19 situation and not a single positive case has been reported. As per the Supreme Court directions, 5,005 prisoners have been released on bail and parole. Overcrowding of prisoners in the prison has been reduced from 110 per cent to 95 per cent,” the state government said in a release.
The Chief Minister directed to submit a proposal regarding the development of infrastructure in all the departments which come under the ambit of the home department.
Yediyurappa instructed to take stringent measures regarding misuse of huge funds of various government organisations which are kept as deposits in banks. In case of misuse of funds, strict disciplinary action should be taken against the officers involved, he added.
Basavaraj Bommai, Minister for Home, TM Vijaya Bhaskar, Chief Secretary to Government, Rajaneesh Goel, ACS, Home, Praveen Sood, DG and IGP of Karnataka and other senior officers were present. (ANI)

What are the Indian, Brazil, South Africa and UK variants?