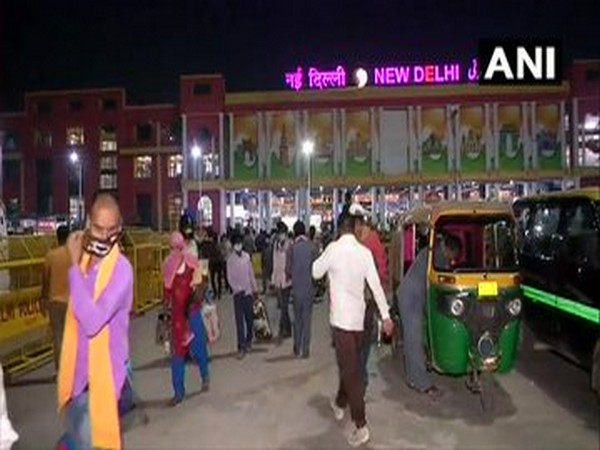 New Delhi [India], June 2 (ANI): Several passengers spend the night at the New Delhi Railway Station, while many began arriving during the early hours on Tuesday morning, following the resumption of 200 passenger trains in the country on June 1.
“I have come from Srinagar through a flight, and somehow managed to get a bus from the airport till here. I am waiting to book the tickets online. The online booking portal has not opened as per the scheduled time,” said Ramesh Paswan, one of the passengers resting on a footpath outside the railway station. 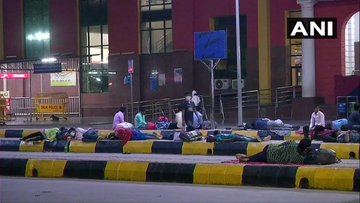 Several auto and cab drivers were also seen in large numbers, awaiting passengers’ arrival.
“It feels like a new beginning to life. Everything has changed but I hope people abide by the social distancing norms and prioritise their safety. I use sanitiser before and after taking cash from the customers. I also clean the seats frequently,” said Jitender, one of the auto-rickshaw drivers at the premises.
Ministry of Home Affairs (MHA) issued guidelines for the graded re-opening of the COVID-19 lockdown – Unlock 1 – in all areas except the containment zones. (ANI)

Pollution led to over 23.5 lakh premature deaths in India in 2019, highest in world: Lancet study

International Museum Day: 5 Must-visit museums in India to experience the rich heritage of the country

Thousands take to streets of Bangkok to protest against…