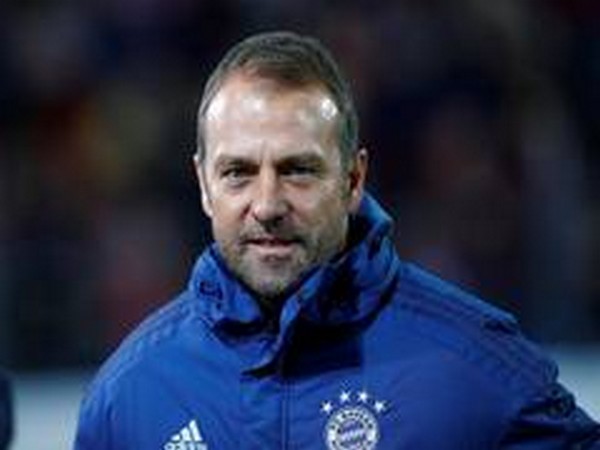 Munich [Germany], May 31 (ANI): Bayern Munich coach Hansi Flick is elated over the team’s sumptuous 5-0 victory over Fortuna Dusseldorf as he said that they did not ‘leave our opponents the slightest chance’.
“It’s important to have a successful season. At FC Bayern you must always win the championship title, that’s our goal. We still have a few matches ahead of us. We’re in a good position now,” the club’s official website quoted Flickf as saying.
“It was important for us to show we wouldn’t ease off after Tuesday’s match against Dortmund. We saw that from the first second. So I’m very, very pleased with our performance. We were very aggressive and didn’t leave our opponents the slightest chance. You can see how the players are pushing and motivating one another,” he added.
Benjamin Pavard and Alphonso Davies netted one goal each while Fortuna Dusseldorf’s Mathias Jorgensen scored an own goal in the beginning.
Robert Lewandowski performed brilliantly in the match as he scored twice to hand his side a dominant win.
Bayern Munich now have a 10-point lead at the top of the Bundesliga table. In their previous match, Bayern Munich had defeated the second-positioned club Borussia Dortmund by 1-0. (ANI)

Mani Ratnam yet to finalise cast for next film

Dhanush in Belgium for shoot of Hollywood film