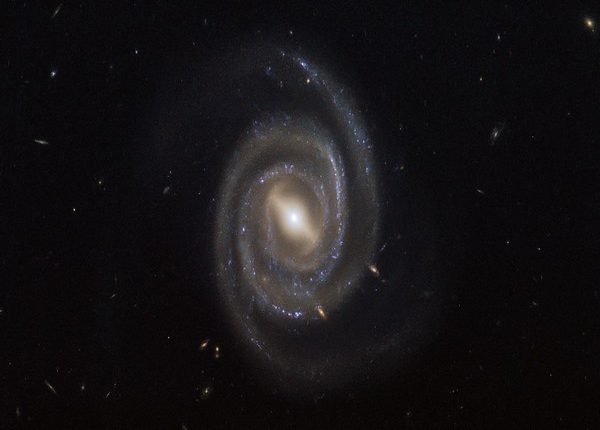 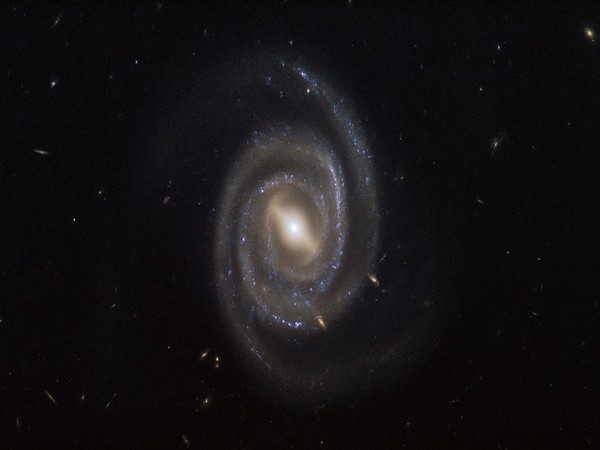 Washington DC [USA], May 21 (ANI): Over the past two decades, astronomers have concluded that most, if not all, galaxies host massive black holes at their centres and the masses of a black hole and its host galaxy are correlated. But how are the two connected?
Now, a University of Hawai’i at Manoa Institute for Astronomy (IfA) student participating in the National Science Foundation’s (NSF) Research Experiences for Undergraduates (REU) program, may have revealed part of the answer.
Undergraduate Rebecca Minsley, participated in IfA’s 2019 REU program, working for ten weeks with her mentor Maunakea Spectroscopic Explorer Deputy Project Scientist Andreea Petric. Sifting meticulously through hundreds of images of galaxies, She began to define a clearer picture of galaxy evolution.
“Galaxy growth may be shaped by interactions with other galaxies which contributes to supermassive black holes (SMBH) that grow within the galaxy’s centre,” Minsley explained.
Gas and dust between stars, called the interstellar medium (ISM), is the fuel for both SMBH growth and the formation of new stars. But, recent work shows that the ISM may have different properties — especially being warmer — in galaxies that host a growing supermassive black hole in their nuclei, compared to those galaxies that do not.
Warmer gas is less likely to collapse into new stars, so this finding may suggest that a growing central SMBH diminishes a galaxy’s ability to make new stars.
What might be responsible for heating the ISM? Starlight, especially from hot stars, can do this. But interactions between galaxies — when they collide or even just pass close to each other — can produce large-scale shock waves that compress less dense gas, making it more likely to form stars.
Minsley studied the shapes of 630 galaxies using images from the Pan-STARRS survey. She classified the galaxies into mergers, early mergers and non-mergers, and then compared the shapes to the light output of the same galaxies at longer mid-infrared wavelengths, where she could study the properties of the ISM.
“When galaxies get close enough, they go through a sort of galactic dance until they eventually coalesce into a singular entity. These interactions have well-documented signatures that allowed me to categorise our set of galaxies.” Minsley said.
“This project gave me a greater appreciation for the complexity and entanglement of all the processes taking place inside galaxies and the research being done to deconstruct galactic systems is fascinating,” the student added.
Minsley and her collaborators found that within galaxies with active black holes, the ISM is warmer, the ratios of warm molecular gas to other coolants are larger and other features from dust particles have a wider range of values than in galaxies where the black holes are dormant.
“In the nearby universe, we find that the warm ISM of galaxies which host growing supermassive black holes at their centers differs from those that do not. We speculate that the same processes that funnel fuel to the SMBH also allow us to detect the energy transfer back into the galaxy’s ISM,” Petric explained.
Petric added that future and more detailed observations will allow researchers to confirm these energy transfer processes.
IfA has been part of the prestigious REU program for almost 20 years, training over 130 students, some of whom are now leaders in different fields of astronomy. Due to this unique opportunity to work in Hawaii with world-class facilities and scientists, the IfA receives over 500 applications each term.
The focus of their REU program is on identifying students, who have the potential to succeed in research, but may not have the opportunity and resources.
Nader Haghighipour, the Principal Investigator of IfA’s REU program, noted, “With our mentors among the world leaders in their respective fields, our REU students are engaged in cutting edge research. Rebecca’s work is a prime example of this. We are very proud of our REU students, as almost all of them continued their studies in graduate school and many of them have gained national recognition.”
During the 2020 fall semester, Petric and UH Manoa undergraduate Diana Castaneda will continue to investigate the ISM of galaxies hosting some of the most luminous growing SMBH in the nearby universe, using a spectrometer aboard the Stratospheric Observatory for Infrared Astronomy (SOFIA) aircraft.
The SOFIA observations will allow Castaneda and Petric to gain more insight into the processes by which energy is being transferred between the growing SMBH and the ISM.
This work is published in the May 10 issue of The Astrophysical Journal and is available in preprint form on ArXiv. (ANI)

New Zealand couldn’t stay in Pakistan after ‘specific and…