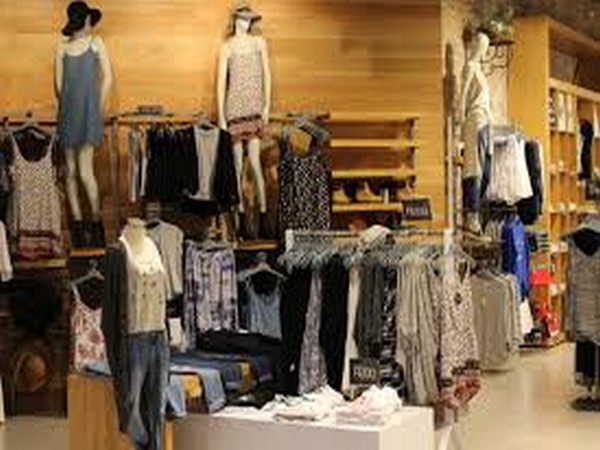 Washington D.C. [USA], May 6 (ANI): At a time when the coronavirus pandemic has squeezed them, multi-national companies in America are laying off workers while paying cash dividends to their shareholders. Thus making the workers bear the brunt of the sacrifices while the shareholders continue to collect.
The Washington Post said in one of its reports that five big American companies have paid a combined USD 700 million to shareholders while cutting jobs, closing plants and leaving thousands of their workers filing for unemployment benefits.
Since the pandemic was declared an emergency, Caterpillar has suspended operations at two plants and a foundry, Levi Strauss has closed stores, and toolmaker Stanley Black & Decker has been planning layoffs and furloughs.
Steelcase, an office furniture manufacturer, and World Wrestling Entertainment have also shed employees.
Executives of those companies told the Post that the layoffs support the long-term health of their companies, and often the executives are giving up a piece of their salaries. Furloughed workers can apply for unemployment benefits.
But distributing millions of dollars to shareholders while leaving many workers without a paycheck is unfair, critics argue, and belies the repeated statements from executives about their concern for employees’ welfare during the coronavirus crisis.
Caterpillar, for example, announced a USD 500 million distribution to shareholders April 8, about two weeks after indicating that operations at some plants would stop. The company however declined to divulge how many workers are affected.
“We are taking a variety of actions globally, but we aren’t going to discuss the number of impacted people,” spokeswoman of the company, Kate Kenny, said in a reply to an email by the Post.
This spate of dividends is also likely to revive long-standing debates about economic rewards.
“There are no hard-and-fast rules about this,” said Amy Borrus, deputy director of the Council of Institutional Investors, a group that argues for shareholder rights and represents pension funds and other long-term investors.
Many large US companies choose to issue a regular, quarterly dividend to shareholders, often increasing it, and they boast about these payments because they help keep the share price higher than it might otherwise be. Those companies might be reluctant to announce that they are cutting or suspending their dividend during a crisis, Borrus was further quoted as saying.
But “companies have to be mindful of the optics of paying dividends if they’re laying off thousands of workers,” she added.
On March 26, Caterpillar had announced that because of the pandemic, it was “temporarily suspending operations at certain facilities.” Two plants, in East Peoria, Ill., and Lafayette, Ind., were coming to a halt, as well as a foundry in Mapleton, Ill., according to news reports.
“We are taking a variety of actions at our global facilities to reduce production due to weaker customer demand, potential supply constraints and the spread of the covid-19 pandemic and related government actions,” Kenny said via email.
“These actions include temporary facility shutdowns, indefinite or temporary layoffs,” she added.
Similarly, Levi Strauss announced April 7 that the company would stop paying store workers, and about 4,000 are now on furlough. On the same day, the company announced that it was returning USD 32 million to shareholders.
“As this human and economic tragedy unfolds globally over the coming months, we are taking swift and decisive action that will ensure we remain a winner in our industry,” Chip Bergh, president and chief executive of the company, also told the Post.
Stanley Black & Decker announced on April 2 that it was planning furloughs and layoffs because of the pandemic. Two weeks later, it issued a dividend to shareholders of about USD 106 million.
The notion that a company’s primary purpose is to serve shareholders gained prominence in the 1980s but has come under attack in recent years, even from business executives, the newspaper reported.
Corporate decisions to suspend dividends and buybacks are complex, however, and it is difficult to know whether these suspensions of dividend and buyback programs were motivated by a desire to conserve cash in anticipation of bad times, and how much they are prompted by a sense of obligation to employees.
Over recent decades, the mandate to “maximize shareholder value” has become orthodoxy, for many, and it is often unclear what motivates companies to pare dividends or buybacks for shareholders, said William Lazonick, an emeritus economics professor at the University of Massachusetts at Lowell, who has been one of the leading critics of companies that distribute cash to shareholders through stock buybacks and dividends rather than reinvesting the profits into employees, innovation and production. (ANI)

Americans against reopening of businesses as fear of corona crisis is far from over: Survey

Over 30 houses gutted in Himachal fire

Kenyan marathoner Kimetto looks to bounce back in Glasgow