Scott Disick checked into rehab to deal with his parents’ deaths not substance abuse despite reports: lawyer 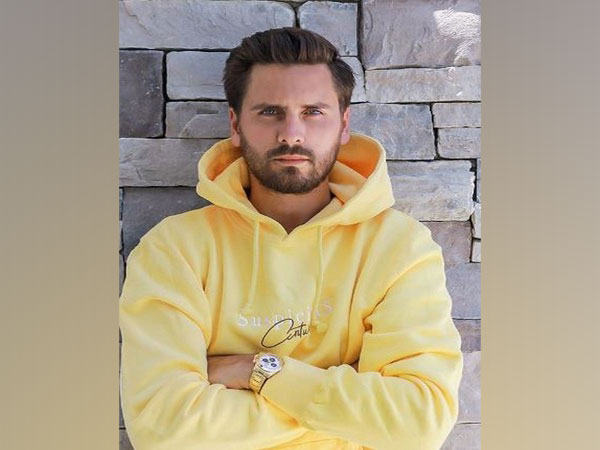 Washington D.C.[USA], May 5 (ANI): Contrary to what has been reported, American model Scott Disick’s recent rehab stint had nothing to do with substance abuse.
According to Fox News, rumours began to swirl on Monday (local time) that the 36-year-old model had checked himself into a Colorado rehab facility to be treated for alcohol and cocaine abuse.
However, in a statement obtained by Fox News from Disick’s lawyer Marty Singer via his representative, it was revealed that the reality star entered rehab to deal with the deaths of his parents.
The statement said, “In an effort to finally come to terms and deal with the pain that Scott has been silently suffering for many years due to the sudden death of his mother, followed by the death of his father 3 months later, Scott made the decision to check himself into a rehab facility last week to work on his past traumas. He did not check-in for any alcohol or cocaine abuse.”
Also, a picture of Disick in the facility has also leaked online, leading Disick to leave treatment. Singer said it was also a HIPAA violation and they plan to “take immediate legal action.”
The statement read, “Shockingly as a result of the HIPA [sic] violation of the facility and his violation of privacy, he has checked himself out and is immediately returning home. We are alarmed by this extreme invasion of privacy and plan to take immediate legal action.”
Disick realized that he needed treatment during his time quarantining in Los Angeles, according to the TMZ.
According to the outlet, upon hearing of the photo leak, Scott called for a car to pick him up and headed back to Los Angeles.
Disick shares three children – 5-year-old son Reign, 10-year-old son Mason and a 7-year-old daughter Penelope with ex Kourtney Kardashian. He’s most recently been romantically linked to model Sofia Richie. (ANI)

EU completes evacuation of staff from Afghanistan, only…