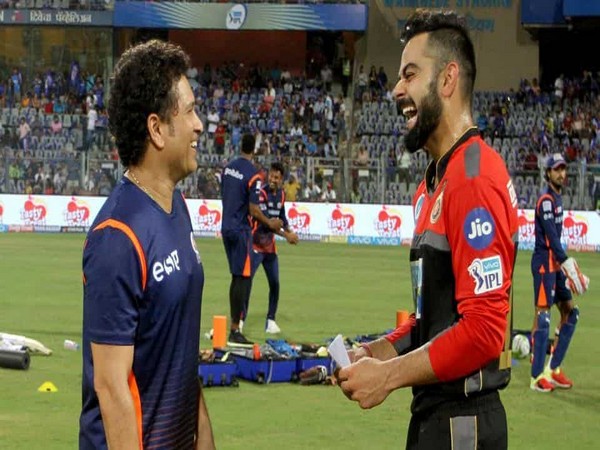 New Delhi [India], April 24 (ANI): Indian skipper Virat Kohli on Friday extended wishes to legendary cricketer Sachin Tendulkar on his 47th birthday.
Kohli took to Twitter to write: “Happy birthday to the man whose passion for the game of cricket has inspired many. Wishing you an amazing year ahead paaji.”
Indian cricket team coach Ravi Shastri also wished the Master Blaster as he tweeted: “Happy Birthday, Bossman. Legacy you’ve left behind in the sport is immortal. God bless Champ.”
Tendulkar created several records during his illustrious career.
The Maharashtra-born player made his debut in Test cricket on November 15, 1989. In the same year on December 18, he played his first ODI match.
The cricketer has the most number of runs in the longest format of the game, amassing 15,921 runs. Along the way, he scored 51 Test centuries, the most by any player.
Things are no different in ODI cricket as Tendulkar is atop the list of most runs in this format as well. He has accumulated 18,426 runs in ODIs, which include 49 tons.
Tendulkar represented the country in six World Cups during his career that lasted 24 years. He was part of the 2011 World Cup-winning squad.
This year, the Master Blaster decided not to celebrate his birthday due to the ongoing coronavirus crisis in the country. (ANI)

Malayalam one of the most evolved languages of India:…