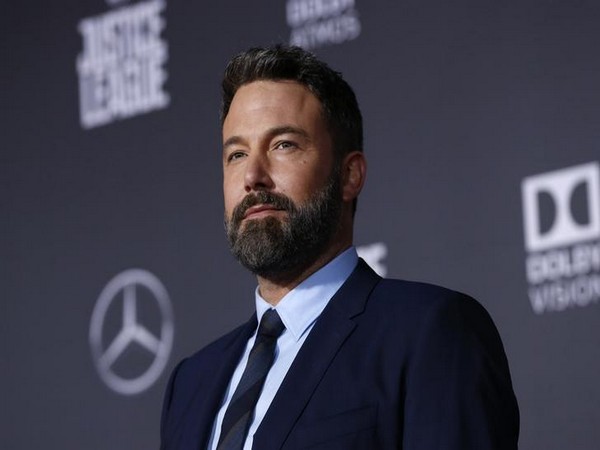 Washington D.C. [USA], April 25 (ANI): It seems like American actor Ben Affleck has become a real smoke show.
According to Page Six, the ‘The Way Back’ star took yet another stroll with girlfriend Ana de Armas in Los Angeles on Thursday (local time) but didn’t let his face mask get in the way of stopping for a cigarette break.
Photos show the 47-year-old actor keeping the mask over his nose as he puffs away, seemingly defeating the purpose of the mask.
The couple, who met on the set of their forthcoming movie, ‘Deep Water,’ were seen last week taking de Armas’ dog for a walk.
During that walk, they opted to go mask-free but the 31-year-old actress did show off her 2,600 USD Gucci tracksuit. (ANI)

Dhoni believed in your wicket-taking ability in powerplay overs: Raina to Ashwin

BJP works to create divide, Congress to connect with all: Rahul Gandhi

Vicky Kaushal has a sweet reply to Katrina Kaif’s wish for him; Says ‘Shaadishuda wala Birthday’

777 Charlie Trailer: Rakshit Shetty’s next is a nostalgic journey of an aloof man & his loyal furry friend

Preity Zinta celebrates 19 years of Armaan; Calls her character a ‘psychotic spoilt brat with a wounded…

ATK still coy on Keane’s availability for rest of ISL…

It’s Written in the Stars: This Is the Fall Trend You…