Lakshmipathy Balaji recalls CSK matches that are close to his heart 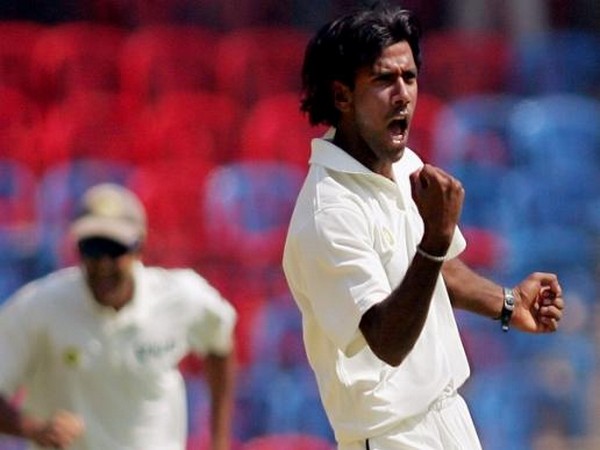 New Delhi [India], April 19 (ANI): Former Chennai Super Kings bowler Lakshmipathy Balaji on Sunday recalled team’s matches that are close to his heart.
CSK’s official Twitter handle posted a video in which Balaji recalled the team’s memorable moments in the Indian Premier League (IPL). The former pacer started with a game against Kings XI Punjab in IPL 2010 saying that MS Dhoni’s expressions at the end of the game are ‘always going to be remembered by all CSK’ians’.
“Of course the 2010 game at Dharamshala against Kings XI Punjab. The situation was like we had to win that game to qualify. MS Dhoni’s knock and his expressions, hitting the helmet which is always going to be remembered for all the CSK’ians,” Balaji said in the video.
In that match, batting first, Kings XI Punjab had put up a massive target of 193 runs for CSK at Dharamshala. The match came to a point where Dhoni-led side needed 16 runs off the last over and the skipper chased the target in the first four balls of the over.
Dhoni had struck a boundary off the first delivery and took a double on the second ball. On the next two deliveries, he smashed consecutive sixes to take CSK over the line.
Besides this, Balaji mentioned IPL 2018 edition when CSK made a return to the league after serving a two-year ban.
“Apart from that I would like to pick the 2018 year as CSK was coming back after two years and I joined the team as support staff and I got to witness the first game against Mumbai Indians, arch-rival. The match was completely going out of our hands but Bravo’s innings and Kedar’s brilliant finish (handed us a victory), that is very close to my heart,” he said. (ANI)

Ricky Ponting was my ‘hero’ growing up: Marcus Stoinis

Fresh spell of heatwave in northwest, central India from May 19

Messi camp responds to rumors of US move

World as vulnerable as before Covid – WHO

Only Murders in the Building Season 2: Selena Gomez and squad try to prove their innocence in new teaser