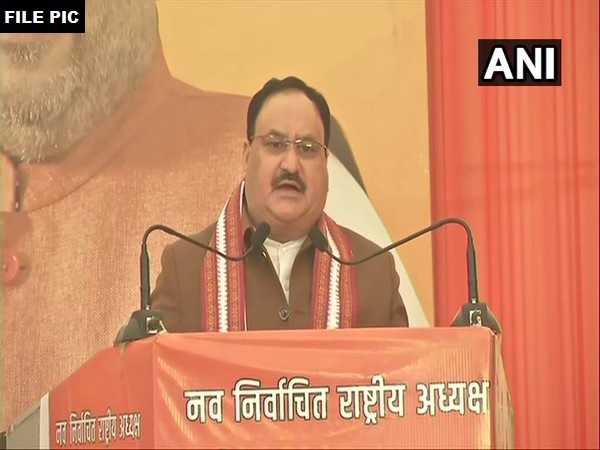 New Delhi [India], Feb 5 (ANI): BJP president JP Nadda on Wednesday said that the inclusion of a Dalit member in the Ram Temple Trust is an example of social harmony and termed the formation of the Trust as a historic decision.
“Today is a historic day and the dream of every Hindustani has come true. In this Trust, social harmony has been emphasised by representing Dalit society. I once again warmly congratulate Prime Minister Narendra Modi for this,” said Nadda in an official statement.
Earlier, Prime Minister Narendra Modi announced in the Lok Sabha the formation of a Trust for construction of Ram temple in Ayodhya.
Speaking in the lower House of Parliament, he said, “We have readied a scheme for the development of Ram Temple in Ayodhya. A Trust has been formed, it is called Shri Ram Janmabhoomi Teerath Kshetra.”
Prime Minister’s announcement was hailed with loud slogans of ‘Jai Shri Ram’ from the members of the ruling party.
Later, Union Home Minister Amit Shah announced that three will be 15 trustees in the Trust, of whom one will mandatorily be from the Dalit community.
“The way the country has received and acknowledged the decision of construction of Ram Temple, it showed how strong the fabric of the Indian society is. I also congratulate all the countrymen for this strong solidarity,” Nadda said.
Thee BJP President thanked Uttar Pradesh Chief Minister Yogi Adityanath for granting five acres of land to the Sunni Waqf Board as requested by the central government.
“According to the court’s decision, the central government had requested the Uttar Pradesh government to give five acres of land to the Sunni Waqf Board, which has also been agreed by the UP government. I also thank the Chief Minister of Uttar Pradesh, Yogi Adityanath Ji and the BJP government of the state for this,” Nadda said.
A five-judge bench of the Supreme Court had in November ruled unanimously in the favour of Ram Lalla. It said the entire disputed land spread over 2.7 acres will be handed over to a Trust to formed by the government, which will oversee the construction of Ram temple at the site.
The court had asked the government to give 5-acre land to Sunni Waqf Board in Ayodhya for the construction of a mosque. (ANI)

Hindu dharma a must to save eternal values of world: Goa RSS chief

Weekly Tarot (May 23rd to 29th May): Here’s the career outlook for Pisces, Leo, and Virgo

The Archies: Suhana Khan, Agastya Nanda, Khushi Kapoor & others are a cheerful bunch during dance rehearsals