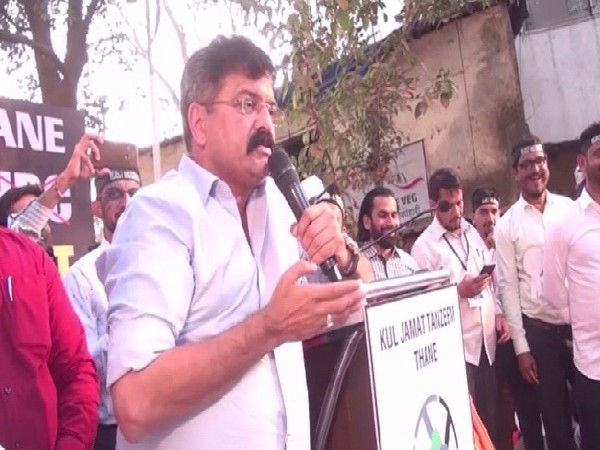 Thane (Maharashtra) [India], Feb 1 (ANI): Maharashtra Minister Jitendra Awhad on Saturday said that Prime Minister Narendra Modi and Union Home Minister Amit Shah might declare that the country’s national food is ‘fafda’, ‘Jalebi’ and ‘Dhokla’.
“For 365 days, I eat chicken, mutton, and fish. The poor Adivasi also eat them. Somaiya, Modi and Shah might say that our national food is fafda, Jalebi, and Dhokla,” said Awhad at a protest rally against the Citizenship Amendment Act (CAA) and the National Register of Citizens (NRC) here on Saturday.
Awhad comments came in the wake of BJP leader Kirit Somaiya sharing a picture of him on Twitter in which he was having lunch at a tribal’s house.
“NCP leaders Sharad Pawar & Minister Jitendra Awhad Lunch at Adiwasi’s House ” Chicken, Roti & ‘Bisleri Bottle Water’!!!?” Somaiya had tweeted.
The NCP MLA Awhad further said, “Ninety percent of the people here cannot live without meat. The politics in the country is limited to Hindus and Muslims these days. I am here standing for humanity.”
“This law is not against Muslims but it is against the Constitution,” said Awhad on CAA and NRC. (ANI)

Rahul, Priyanka to hold rallies in Delhi on Feb 4, 5

Maintenance work to cause slight delay in metro on Sunday

Hollande strikes back at Trump over Paris remarks