Will play for Strikers as long as they want me to: Rashid Khan 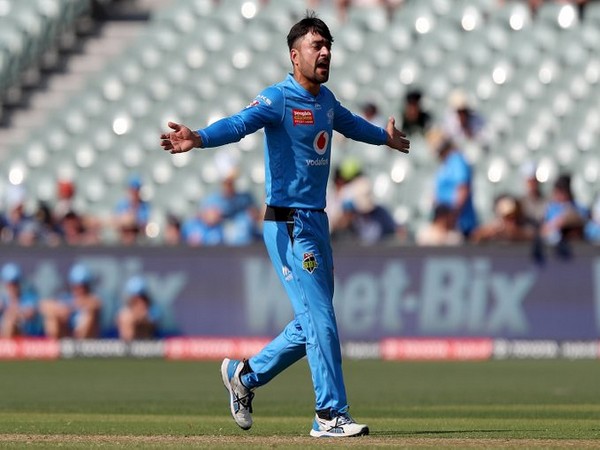 Melbourne [Australia], Feb 1 (ANI): Afghanistan all-rounder Rashid Khan has said that he will continue to represent Adelaide Strikers in the Big Bash League (BBL) as long as they want him to be in the team.
His remarks came even as Adelaide Strikers get ready to face Sydney Thunder to move one step closer to reach the finals of the ongoing tournament.
“I am quite happy playing for Adelaide, and I’ll be playing here as long they need me and they want me. I have been approached by a few teams this year, but I would love to play for Adelaide as long as they will have me,” cricket.com.au quoted Khan as saying.
“Adelaide is one of my favourite grounds, and playing seven (regular season) games a year here for the Adelaide Strikers with the support you get from the crowd, it’s wonderful,” he added.
Khan has taken 55 wickets from 39 matches in the BBL at an economy rate of 6.37.
In the ongoing tournament, the Afghanistan player has come up with match-winning performances. He made headlines in the beginning of the competition as he stepped out to bat with a camel bat.
Strikers will take on Sydney Thunder to face Melbourne Stars in the knockout match. (ANI)