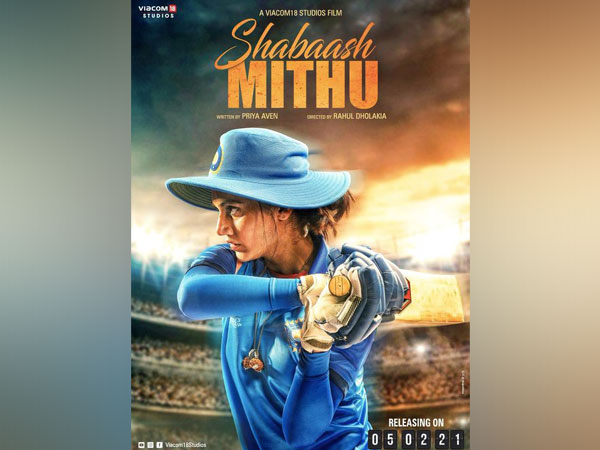 New Delhi [India], Jan 29 (ANI): Taapsee Pannu on Wednesday unveiled her first look from the upcoming sports-drama titled ‘Shabaash Mithu.’
The 32-year-old actor hopped on to Instagram and shared the picture along with a caption that reads, “I have always been asked who’s your favourite male cricketer but you should ask them who their favourite female cricketer is.” The statement that made every cricket lover pause n introspect that do they love the game or the gender playing it. @M_Raj03 you are a ‘Game Changer’.” 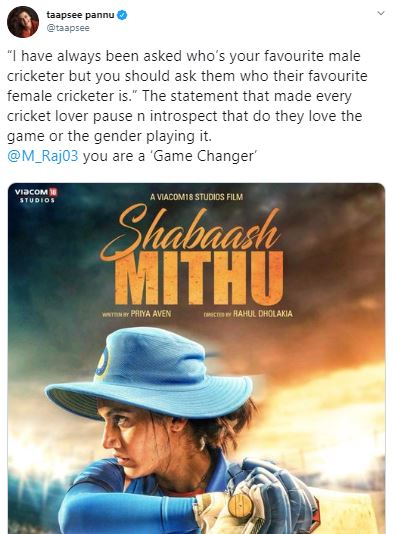 In the admirable picture shared by the ‘Saand Ki Aankh’ star, Taapsee is seen sporting the look of the female cricket stalwart Mithali Raj. She is seen duping the look of Captain of the Indian Women’s Cricket Team sporting the blue cricket uniform with a cap while she fires a shot from the bat, in the backdrop of a stadium full of spectators. Taapsee looks convincing as Mithali Raj.
Last year, Taapsee announced the film on Instagram while she wished Mithali on her 37th birthday.
“Happy Happy Birthday Captain Mithali Raj! You have made all of us proud in more than many ways and it’s truly an honour to be chosen to showcase your journey on screen,” she captioned a string of pictures shared on Instagram. Adding how confused she was to choose a gift for her, Taapsee promised that “I shall give it all I have to make sure you will be proud of what you see of yourself on screen with #ShabaashMithu,” she had written.
Produced by Ajit Andhare and helmed by Rahul Dholakia, the sports-drama is slated to hit the theatres on February 5, 2021. (ANI)

Ganesh Acharya alleges Saroj Khan of conspiring against him