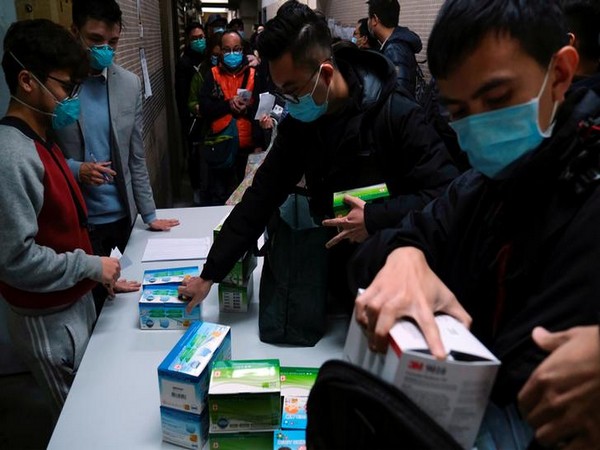 Hong Kong, Jan 28 (ANI): Hong Kong Chief Executive Carrie Lam on Tuesday said that the government will “temporarily” close some of its borders with mainland China and stop issuing travel permits for Chinese tourists as the death toll from the Wuhan coronavirus jumped to 107 and reached at least 14 foreign countries.
The latest announcement comes as part of Hong Kong’s efforts to curb the spread of the virus, CNN reported.
Individual travel permits allow residents of 49 cities on the mainland to “visit Hong Kong in their individual capacity.”
On Saturday, the China Association of Travel Services reported that all tours, including international ones, would be suspended starting Monday. China also stopped the domestic group and packaged tours on last Friday.
Hong Kong is one of the most densely populated cities in the world, with ideal conditions for diseases to spread — in tightly packed subway train carriages and people living cheek by jowl in the city’s notoriously tiny apartments.
The move also comes amid eight months of ongoing anti-government protests that began against a now-scrapped China extradition bill, a politically sensitive time for the city’s government.
China has issued travel restrictions for some 60 million people in Hubei province. The provincial capital, Wuhan, is under almost complete lockdown, with no movement in or out. In several cities, businesses and schools have been closed for the next few weeks.
Numerous countries, including India and the United States, have stepped up airport screenings and advised their citizens not to travel to China.
Other countries, including Indonesia and the Philippines, have restricted Chinese tourists. Others such as India has an evacuation process for their citizens from Wuhan — the epicentre of the deadly virus outbreak.
Hong Kong has confirmed eight cases of coronavirus, followed by six in Japan, five in Australia and the US, two in Vietnam and one in Sri Lanka. However, no deaths have been reported in the above countries. (ANI)

Yuvraj writes to BCCI, wants to play for Punjab

The Road: Trisha starts work on her next with debutant…