Ganesh Acharya alleges Saroj Khan of conspiring against him 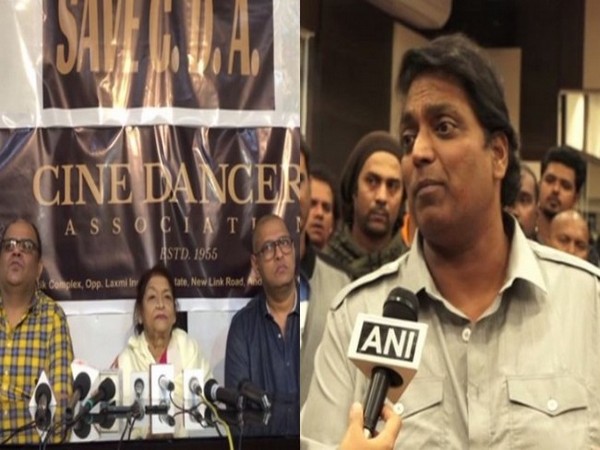 Mumbai (Maharashtra) [India], Jan 29 (ANI): Dancer and choreographer Ganesh Acharya on Wednesday alleged senior dancer Saroj Khan of conspiring against him and harbouring corruption in the industry.
The statement came a day after a 33-year-old woman accused Acharya who is also the General Secretary of Indian Film and Television Choreographers Association (IFTCA) of depriving her of work and demanding commission for getting her projects.
“This is the conspiracy against me to malign my image, there are people like Saroj Khan and her colleagues who are doing corruption in the industry. Their business has flopped as I have entered the association,” said Acharya
“I will file a defamation case against Saroj Khan and her team who are defaming me and stooping so low to do that, they are doing this because their business has gone in vain they used to earn money sitting at home illegally and I am against it so will put all my efforts to fight against them,” he added.
Earlier on Monday, a complaint was filed against Acharya at Amboli Police Station and Maharashtra State Women’s Commission. The woman also accused the choreographer of forcing her to watch adult videos.
Acharya and Khan have been in a constant tussle for a long time, the latest being Khan levelling allegations against Acharya of exploiting his dancers and using his position to malign the Cine Dancers Association (CDA). (ANI)

Shah Rukh Khan on working with Atlee in Jawan: ‘We have great chemistry’

Who are they seeking ‘Azadi’ from? asks Imran

Pakistan, India to hold high-level water talks in US