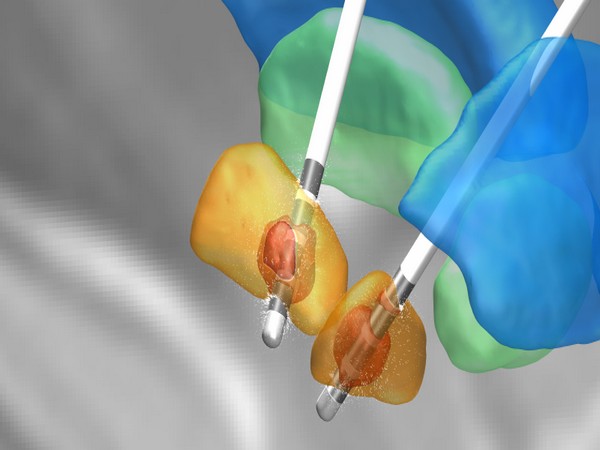 Washington D.C. [USA], Jan 26 (ANI): Scientists have discovered a new non-invasive technique to treat Parkinson’s disease.
The technique can treat the affected highly specific group of brain cells which play a key role in the development of the condition.
Parkinson’s disease is a disorder of the central nervous system that affects movement, often including tremors. The study was published in the journal Neurotherapeutics.
Earlier in 2015, a form of gene therapy was demonstrated by the scientists that could target and stimulate a group of nerve cells affected by the disease, called cholinergic neurons. These cells degenerate as the disease progresses.
With the advent of brain imaging technology, scientists now have discovered that their method, which targets cells that produce specific brain chemicals, can also successfully stimulate another type of neuron through cell-to-cell interactions.
A revelation of clear communication of two major neurotransmitter systems found in the brain, cholinergic neurons and dopaminergic neurons, was found by Dr Ilse Pienaar, Lecturer in Pharmacology at the University of Sussex, along with colleagues at Imperial College London and Invicro.
In Parkinson’s disease dopaminergic neurons produce dopamine, but the levels of which are reduced as neurons deactivate and eventually die. This can cause a number of symptoms, including impaired movement.
The team used a type of gene therapy in a rat model of Parkinson’s, and Dr Pienaar and her colleagues targeted cholinergic neurons, only to realise that a therapeutic knock-on effect was also felt by dopaminergic neurons.
The originally stimulated cell was able to evoke a positive reaction in the receptive cell type, restoring dopaminergic functions.
With both groups of nerve cells stimulated, test subjects were seen to make a complete recovery including showing no more signs of movement and postural impairment.
Dr Ilse Pienaar, senior author of the study said: “When we used brain imaging, we found that as we activated cholinergic neurons, they then interacted directly with dopaminergic neurons.
“This seems to be a knock-on effect so by targeting this one set of neurons, we now know that we are able to also stimulate dopaminergic neurons, effectively restarting the production of dopamine and reducing symptoms,” Dr Ilse added.
“This is really important as it reveals more about how nerve systems in the brain interact, but also that we can successfully target two major systems which are affected by Parkinson’s disease, in a more precise manner.”
The disease is currently being managed by drugs, which can become ineffective after five years and also present a number of side effects. But the technique identified could, in future, provide a less invasive and more effective way to treat Parkinson’s patients. (ANI)

Felt like a stepson, stifled in BJP: Shatrughan Sinha

Eight factors that will propel Cloud spending in India

Mariah Carey to get Hollywood Walk of Fame star