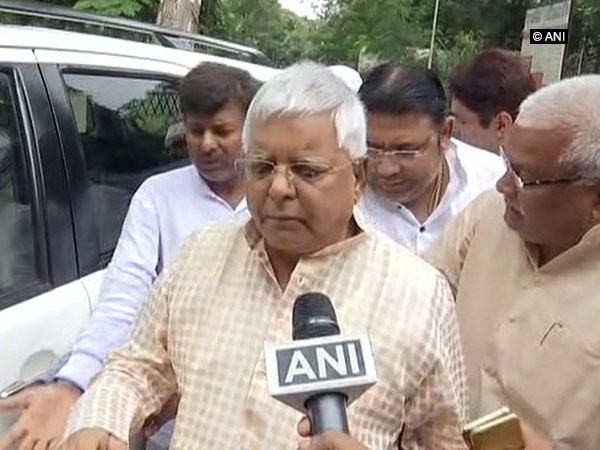 New Delhi [India], Jan 22 (ANI): The Rashtriya Janta Dal (RJD), which is contesting Delhi Assembly election on four seats in alliance with Congress, will use old audio and video speeches of party chief Lalu Yadav in public meetings during the election campaign in the national capital.
RJD leaders Tejashwi Yadav, Misa Bharti, Manoj Jha, among others have been chosen as star campaigners for Delhi polls.
“RJD is contesting on four seats in Delhi elections. For us, the issue of unauthorised colonies politics including North Indian (Purvanchali) issues and unemployment, better education and health issues will be important. We will use Lalu Yadav’s old audio-video speeches in Delhi’s public meetings,” said Misa Bharti.
After being convicted in the multi-crore fodder scam cases, Lalu was sent to the Birsa Munda Central Jail on December 23, 2017. He has been receiving treatment at the hospital since August 2018.
RJD is contesting for the first time in Delhi and all its election campaigners are set to address public meetings here in coming days.
Although it has not been revealed yet how many public meetings will be attended by Bharti and Tejashwi. There are speculations that they will start campaigning after January 26.
The 70 Assembly seats in Delhi will go to polls on February 8 and results will be announced on February 11. (ANI)

Discontent in TMC over role of top educationists in financial scams

Controversy over Yogi temple in Ayodhya

Autism kids get a chance at life through Pinnacle Blooms…

Bruce Buck to step down as chairman of Chelsea FC