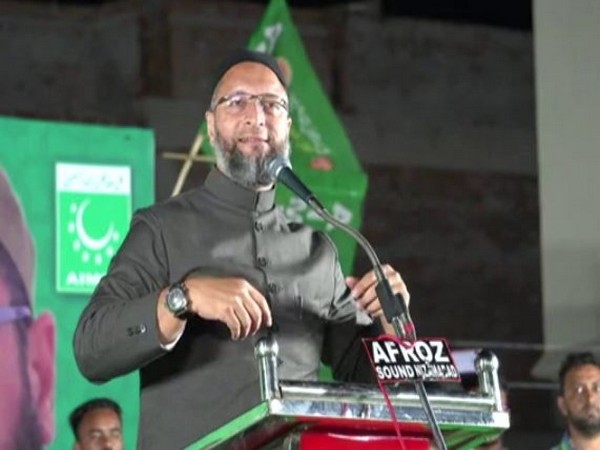 Karimnagar (Telangana) [India], Jan 22 (ANI): Hyderabad lawmaker Asaduddin Owaisi on Tuesday questioned the customary ‘halwa ceremony’ of the Finance Ministry before printing of Union Budget documents, citing the Arabic origin of the sweet delicacy’s name.
“BJP says they will change the name. Ahead of the budget, finance ministry officials were asked to be inside the building until the budget is not prepared. During the process, they prepare halwa. I ask BJP, where did the word halwa come from?” Owaisi said while speaking at a gathering in Karimnagar.
“Halwa is an Arabic word and not a word of either Hindi or Urdu. Now you have become Arab. They should shun halwa word as it is an Arabic word. You have seen the Finance Minister saying hello to halwa. There is nothing wrong with this. But they say they will change names,” he said.
“If God wants, people of the country will change them. From where did halwa come? Remember, I am not halwa but red chili,” the AIMIM chief added.
Finance Minister Nirmala Sitharaman, Union Minister of State for Finance and Corporate Affairs Anurag Thakur and other government officials attended the customary ‘Halwa ceremony’ held on Monday at the Ministry of Finance, North Block in New Delhi.
‘Halwa ceremony’ marks the beginning of the lockdown of several officials in the Finance Ministry, who remain cut off from their families until the presentation of the Budget by the Finance Minister in the Lok Sabha.
As a part of the ritual, which has continued for long, ‘halwa’ is prepared in a big ‘kadhai’ and served to the entire staff in the ministry.
The Union Budget will be presented on February 1. (ANI)

Will expose Sena’s scams in BMC, mayor will be of BJP after 2022 polls: Ram Kadam

‘Quad should morph into economic NATO to counter China…

World Cup trophy arrives in Russia after tour across 51…