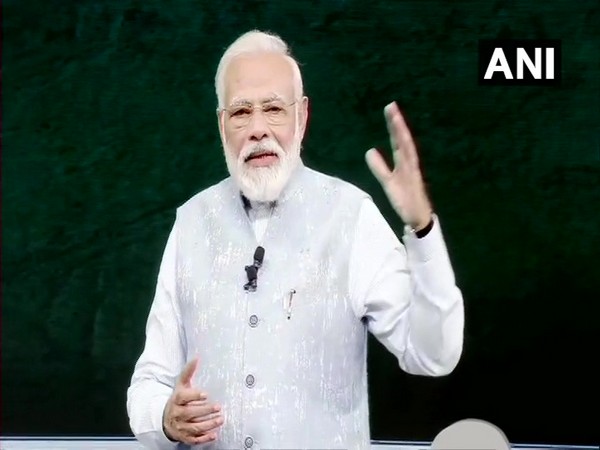 New Delhi [India], Jan 20 (ANI): Prime Minister Narendra Modi on Monday pitched for the Central government’s ‘Make in India’ initiative at the Pariksha Pe Charcha 2020, asking students to do their bid in strengthening the country’s economy by buying Indian-made products.
“Can we decide that by 2022 — when the nation would mark 75 years of independence — we will all buy everything that’s India made? We will promote ‘Make In India’. This will help our economy. This will strengthen our country,” Modi said.
“There are a lot of things that we as citizens can do for the development of our country. We shouldn’t let water flow needlessly. We mustn’t use electricity more than we need,” he added.
The Prime Minister said that he hopes that the young generation would take it upon themselves to act on some of the Fundamental Duties enshrined in the Constitution.
“Today, I am talking to students who would be playing a key role in India’s development in 2047, when we mark a hundred years since independence. I hope this generation takes it upon themselves to act on some of the Fundamental Duties enshrined in our Constitution,” Modi said.
The third edition of Prime Minister’s interaction programme with school students ‘Pariksha Pe Charcha 2020’ is being held at Talkatora Stadium in New Delhi. Around 2,000 students are participating from all over India in the programme. (ANI)