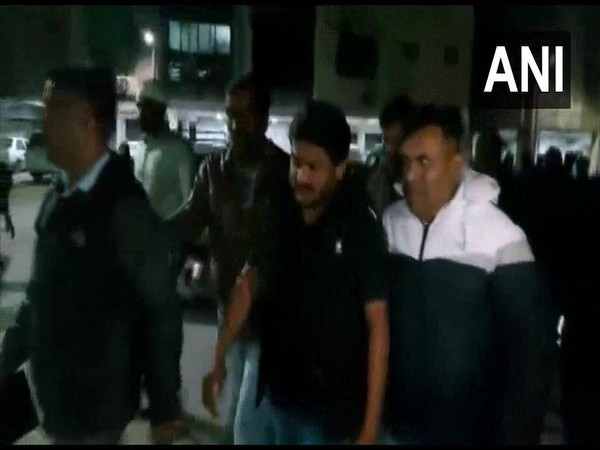 Ahmedabad (Gujarat) [India], Jan 19 (ANI): Congress leader Hardik Patel has been sent to judicial custody till January 24 after being arrested for failing to appear before a trial court in Ahmedabad in alleged connection with a sedition case.
The Congress leader was arrested near Viramgam in Ahmedabad on Saturday after a non-bailable warrant was issued against him in the case.
Patel was booked by the Crime Branch in 2015 under sedition charges over his provocative remarks where he had allegedly asked his supporters to kill policemen rather than commit suicide for the cause of reservation.
However, Patel had asserted that there was no evidence against him in the charge-sheet filed by the Crime Branch with regard to criminal conspiracy and inciting people to dislodge the government during the violent agitation that followed August 25, 2015 gathering by Patidar community. (ANI)

Contraband gold worth over Rs 1 cr seized from Manipur…