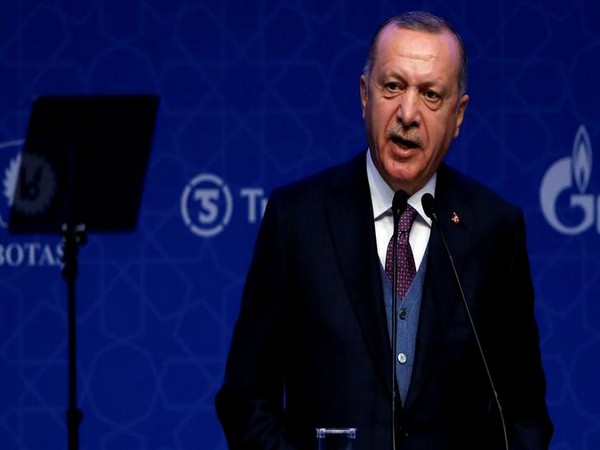 Virginia [USA], Jan 17 (ANI): The major gains made by pro-Kurdish left-wing People’s Democratic Party (HDP) in the 2014 presidential polls and 2015 general election of Turkey made President Recep Tayyip Erdogan use his power by punishing his Kurdish opponents through the judicial route to secure the votes of the Turkish nationalists, a professor said.
In an e-mail interview with ANI, Emrullah Uslu, an Assistant Professor of International Relations and Security Studies at the University of Lynchburg in Virginia state of US, explained how Erdogan has been making all-out efforts to crush secession movements aimed at creating a separate homeland for the Kurds — Kurdistan.
He also divulged how Kurdish voters voted for HDP and not Erdogan’s ruling Justice and Development Party (AKP) in the elections despite the Turkish strongman initiating a peace process in 2012 in a bid to end the Kurdish-Turkish conflict which has been ongoing for over four decades.
“Back in 2012, Erdogan had initiated a peace process with the Kurds with the hope that, once he ended the conflict, Kurdish voters would support his government. However, in the 2014 and 2015 elections, the majority of Kurdish voters gave credit to HDP and not Erdogan, a first in Turkish politics. Kurdish nationalists received secular Turkish voters’ support and passed 10 percent national threshold to enter the Parliament,” Uslu said.
For the last few years, the Erdogan regime has launched a crackdown on thousands of HDP members who have been arrested and prosecuted. The government alleges the pro-Kurdish party of having links with the PKK, which is designated a terrorist organisation by Turkey.
For instance, Filiz Buluttekin, mayor of the Sur district in Turkey’s southeastern province of Diyarbakir, was detained in last December on charges of having ‘links’ with Kurdish militants.
“When Erdogan realised that it was the PKK/HDP winning — the Kurdistan Workers’ Party (PKK) carved out an autonomous region in Syria, while HDP entered Turkish Parliament — he decided to use the judiciary to punish his Kurdish opponents. Despite the fact that PKKs violence is at its lowest level since 2012, Erdogan continues to harass Kurdish HDP to make sure that he gets Turkish nationalists’ votes,” he said.
Uslu further said, “Further, PYD/YPG’s alliance with the US in Syria worries Erdogan and Turkish nationalists that the West wanted to create an independent Kurdistan in the region. In order to avoid such a possibility, Ergodan has been aggressively crushing Kurdish nationalist movements and Kurdish political actors.”
The professor, who has been living in exile in the US since 2014, disclosed why he was forced to leave Turkey, where he was writing for a liberal Turkish daily.
“I was teaching at a university in Turkey and writing for a Turkey’s liberal daily, Taraf, because of my criticisms toward Erdogan’s foreign policy toward Syria, including arming the jihadists, and my criticisms toward his Kurdish policy. He sends his advisors to my university to fire me back in 2013,” Uslu elucidated.
“He was not pleased with criticisms even during his tenure as prime minister. He forced my university administration to fire me because of my criticisms. Not only that, he sued me and threatened to jail me. I decided to leave the country in 2014 and came to the US and found an academic position to teach here,” he stated.
Talking about the 2017 Turkey constitutional referendum, which made the country switched to the executive presidency system from the parliamentary system, the professor said that the results of the exercise were the “end result” of Erdogan’s authoritarian tendency, giving him a say over the Parliament and judiciary.
Uslu recalled that during Erdogan’s tenure as the prime minister (2003-2014), he arrested a prominent Kurdish leader and over 200 journalists, closed down more than 100 media organisations and universities viewed as anti-Erdogan and sued thousands of social media users for dissent.
Asked to compare the scenario of Turkey under a parliamentary system of pre-2017 and Turkey under the post-presidential system after 2017, Uslu said, “Erdogan’s authoritarian tendency had not started with the 2017 constitutional referendum. The referendum was the end result of his authoritarian tendency that enabled him to dictate his will over the Turkish Parliament and judicial system. From the beginning, Erdogan knew what he wanted and he achieved his goal.”
“Even under the parliamentary system, Erdogan used his majority power in Parliament silence oppositions, including arresting the Kurdish leader Selahattin Demirtas, more than 200 journalists, shut down more than 100 media outlets, universities, fired 150 thousand civil servants, confiscated private properties and sued more than 70,000 social media users for insulting him. With the Turkish model presidential system, he just “legalised” and institutionalised what he had done as prime minister,” the professor stated. (ANI)

Anushka Sharma pens down an emotional note for Virat Kohli

Myanmar to strive for peace in ASEAN region