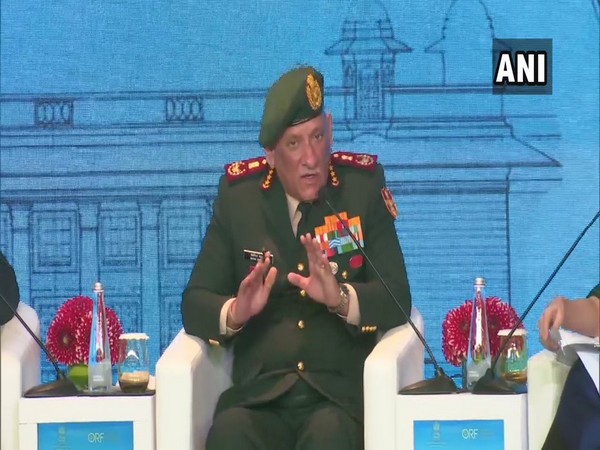 New Delhi [India], Jan 16 (ANI): Programs aimed at counter-radicalisation of youth should be started for saving them while there is still time, said Chief of Defence Staff (CDS), General Bipin Rawat, on Thursday.
“We should start counter-radicalisation programs while identifying who are the people to have been radicalised and to what degree. Then look at them who are completely radicalised and then look towards the future. What we are seeing in Kashmir, young boys and girls as young as 10 years old have been radicalised, but they can still be isolated from radicalisation in a gradual manner,” Gen Rawat said at the panel discussion during Raisina Dialogue 2020.
Asserting there is a need to counter the radicalisation programs, the CDS said that the sources of radicalisation need to be found out and treated.
“Radicalisation can be countered, anything which has started can end. You need to see where it is starting. It is starting from schools, universities, from some other sources. We get the nerve of the whole things from where the radicalisation is coming, we have to start isolation of these people through deradicalisation camp,” Rawat said.
“We have such deradicalisation camps going in our country and so does Pakistan… ideology and radicalisation are the issues which have to be addressed on priority,” he added. (ANI)

Tributes pour in for Indira Gandhi on birth anniversary