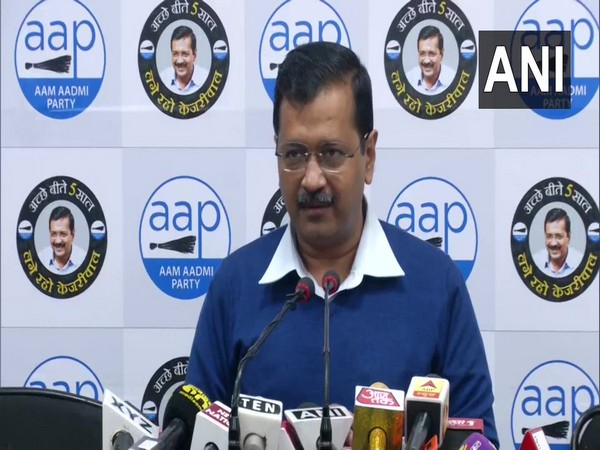 New Delhi [India], Jan 16 (ANI): Delhi Chief Minister Arvind Kejriwal on Thursday demanded the provision of appropriate funds in the upcoming Union Budget for fighting pollution in Delhi, without worrying about the Assembly elections to be held in the national capital next month.
“We demand the provision of adequate funds to tackle pollution in Delhi in the Union Budget to be presented on February 1. We also want the Centre to grant funds to Punjab and Haryana for fighting the stubble burning in the states,” Kejriwal said at a press conference here.
“I will write a letter to the Centre and ask them to provide as many funds as possible for Delhi as they can without worrying about the elections. We will keep the announcements for the benefit of Delhi separately from the elections,” he said.
Kejriwal also refuted allegations of tickets being sold by AAP, which were levied by some of the party’s sitting MLAs who were not given a ticket for the Assembly elections.
Speaking on reports that other parties are in touch with 15 sitting AAP MLAs who have been denied tickets, he said, “All parties will try but they (15 MLAs) are a part of our family and I hope they will remain so.”
The AAP has denied tickets to 15 MLAs and has fielded 24 new faces. The party has given tickets to 46 sitting MLAs.
Elections in Delhi will be held on February 8 and counting of votes will take place on February 11. (ANI)