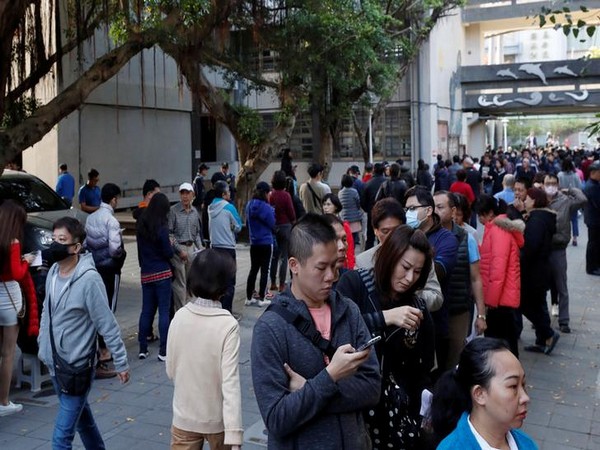 Taipei [Taiwan], Jan 11 (ANI): Voters in Taiwan are lining up outside polling stations to elect next president and parliament members of the nation whose politics is dominated by its relationship with China.
Polling stations opened at 8 am and will close at 4 pm (08:00 GMT). Results are likely to be declared about four hours after the polls close.
President Tsai Ing-wen is seeking her second term. During her campaign, she has portrayed herself as a champion of democracy.
Tsai’s running mate is former Premier William Lai, who once described himself as a “Taiwan independence worker”, Al Jazeera reported.
Kaohsiung Mayor Han Kuo-yu of the pro-China Kuomintang (KMT), is Tsai’s main challenger. He has pledged to improve cross-strait relations with Beijing.
Taiwan lies off the southeast coast of China and was a Japanese colony from the late 19th century until the end of World War II in 1945. It is claimed by China which considers it as part of its territory.
According to Taiwan’s Central Election Commission, there are 19.3 million eligible voters. Citizens are eligible to vote starting at the age of 20. (ANI)

Much-awaited LIC lists with discount of over 8 per cent