Give due credit to lawyer who represented the acid attack survivor, Delhi HC to ‘Chhapaak’ filmmakers 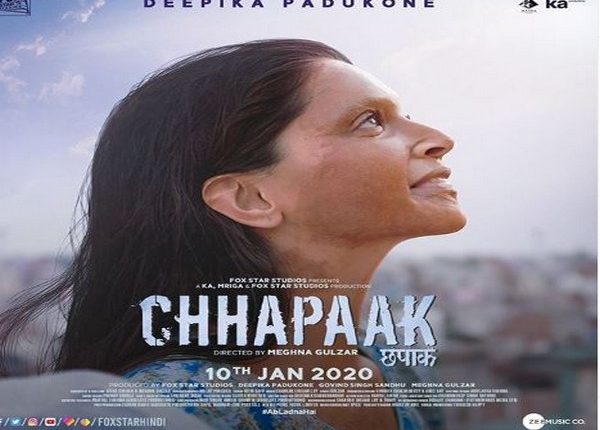 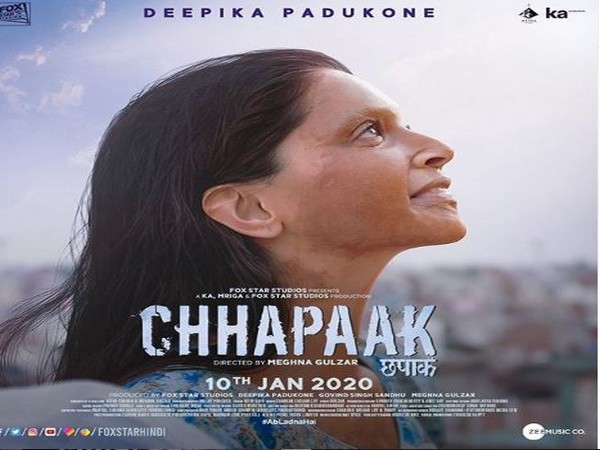 New Delhi [India], Jan 11 (ANI): The Delhi High Court on Saturday restrained the filmmakers of Deepika Padukone-starrer ‘Chhapaak’ from releasing the movie without giving due credit to the lawyer who represented the acid attack survivor, Lakshmi Agarwal, in her legal battle.
Justice Prathiba M Singh directed filmmaker Meghna Gulzar to give credit to lawyer Aparna Bhat for her contribution to the movie. Bhat who fought a criminal case for the survivor on whose life the movie is based.
While delivering judgement, the court said that the defendants are restrained from releasing the film ‘Chhapaak’ on any electronic mediums such as cable television, home viewing, DTH platforms, internet entertainment or streaming services, etc. without acknowledging lawyer’s name in the opening credits in the following manner — “Inputs by Aparna Bhat, the lawyer who represented Laxmi Agarwal are acknowledged.”
Since the movie has already hit the cinema houses, the court said that the film will not be exhibited in theatres with effect from January 15 if the credits are not added to the digital copies of the film’s opening credit slides.
After pronouncement of the judgment today, Fox Star Studios counsel Raj Shekhar Rao sought extension of time till January 20.
The court was informed by one of the counsels of the respondent that in multiplexes, the film is screened through live streaming and not through physical copies, hence the change can be made within the time already granted.
Considering the submissions, the court fixed deadline for adding credit line for live streaming and multiplex of January 15 and for the other platform including theatres where physical copies of the film are to be supplied by the petitioner, the changes shall be carried out with effect from January 18.
It passed the order on a petition filed by Fox Studio challenging a trial court order which had directed the filmmakers to give credit to Bhat.
Delhi’s Patiala House Court had earlier this week passed an order granting an ex-parte interim mandatory injunction directed that the filmmaker has to carry a line “Aparna Bhat continues to fight cases of sexual and physical violence against women” during the screening of the film.
Fox Studios then requested the Delhi High Court to set aside the trial court order.
The petitioner submitted that if the order passed in a suit filed just one day before the release of the film, is not vacated, varied or modified, then the petitioner will suffer grave injustice and irreparable harm and injury.
The movie, which hit the cinemas yesterday, is based on Laxmi’s life. In 2005, at the age of 15, she was allegedly attacked by a spurned lover.
Laxmi had to undergo several surgeries. Later, she started helping other acid attack survivors and promoted campaigns to stop such gruesome attacks. (ANI)