Margot Robbie: Sexual harassment issue not for women to solve 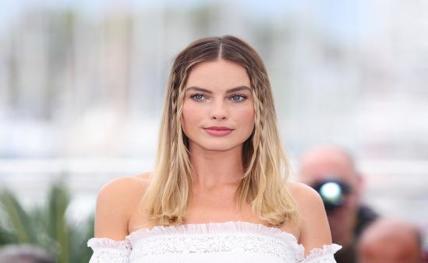 Los Angeles, Dec 21 : Actress Margot Robbie says sexual harassment isnt an issue for women to solve, but a reason for everyone to come together and find a solution.

“We’ve spoken about it a lot because sexual harassment isn’t an issue for women to solve. It’s something we all have to solve together,” variety.com quoted Robbie as saying.

“I can only imagine every guy out there has a daughter, a wife, a mother, a friend, a girlfriend. They don’t want them to exist in a world where they might not be able to go to work, can be safe. No one wants that. We’ll solve it together. I hope,” she added.

The actress, who plays character of Kayla Popsil in “Bombshell” used to represent the stories of women who have survived sexual harassment, is happy with the positive response to the film.

“The response to the film has been incredible. I was hoping that it would be impactful in that way,” Robbie said, adding: “I really wasn’t expecting it to hit home so closely with a lot of men, which has been amazing, really amazing.”

“Bombshell” chronicles the downfall of Fox News titan Roger Ailes (essayed by John Lithgow), whom multiple Fox employees accused of sexual harassment. Ailes denied all the claims until his death in 2017.

It follows Fox’s most famous female faces as they grapple with their own experiences with Ailes, including Megyn Kelly (Charlize Theron) and Gretchen Carlson (Nicole Kidman).

PDP set to win most seats in valley, Omar shocked

I’m not a Buddhist: Miranda Kerr