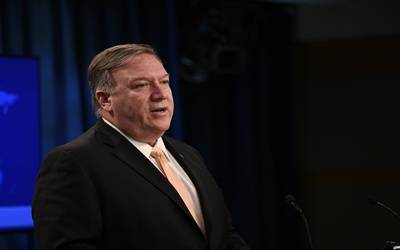 Morocco, US agree to bolster cooperation on fighting terrorism Rabat, Oct 23 (IANS) Morocco and the United States have announced that they agreed to "sustain cooperation to defeat terrorist groups."

Rabat, Oct 23 (IANS) Morocco and the United States have announced that they agreed to "sustain cooperation to defeat terrorist groups."

According to Xinhua news agency, in a joint statement issued on Tuesday, "Following the 4th US-Morocco Strategic Dialogue held Tuesday in Washington, the two sides said they discussed the joint efforts to combat terrorism in Africa, and in particular to secure the enduring defeat of IS (Islamic State), by enhancing the capacity of security services in the region, including through a joint platform for security cooperation."

Morocco is a "stable security exporting partner," and credible provider of security at the regional level, US Secretary of State Mike Pompeo, who co-chaired the dialogue with Moroccan Foreign Minister Nasser Bourita, was quoted as saying.

Pompeo lauded Morocco for its "ongoing leadership of the Global Counterterrorism Forum and for its sustaining role in the Global Coalition to Defeat IS," the statement said.

Pompeo and Bourita also discussed the "danger posed by Iran and its proxies and discussed cooperative efforts to combat attempts to spread Iranian influence in the region including in North West Africa," it said.

Both sides reaffirmed their commitment to a "closer economic partnership" and "the development of innovative ways to take greater advantage of the Free Trade Agreement" between the two countries, the statement added.

Kohli most important man of Indian cricket, will support him: Ganguly