Abhay Deol is ‘grateful’ to play villain in Tamil film 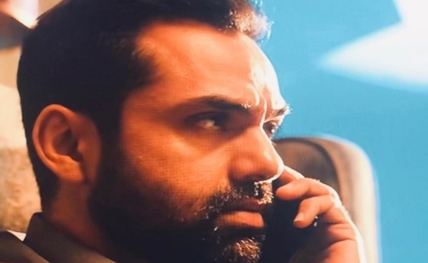 Mumbai, Aug 23 : Actor Abhay Deol, who has mostly done positive roles in his career, will be seen playing a baddie in the Tamil movie "Hero". For him, playing villain was a natural progression.

"On the set of a movie called ‘The Hero’ where I play ‘the villain!’ Was a natural progression I guess, I’ve played the anti-hero through most of my career. Oh and this one’s in Tamil ??! New language, new territory. Grateful," Abhay wrote on Instagram on Friday.

Along with the post, he shared a few photographs of himself from the set.

‘Hero’ is being directed by PS Mithran.

Torres to hang boots after match against Iniesta, Villa

Vijay Varma gets into nineties mode for ‘Hurdang’

‘Not wise’ to include Ukraine into NATO – Kissinger

Man chases lion with his tractor in Gujarat; arrested

Marks out of 10: India player ratings for the T20 World Cup