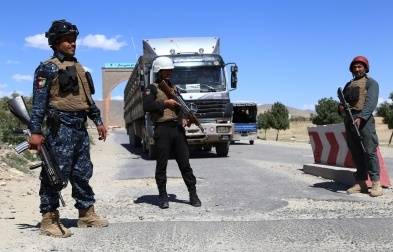 The 40 security personnel, mostly policemen, had been released by the Taliban outfit and reached Jawzjan provincial capital Shiberghan on Sunday afternoon, Xinhua news agency quoted the spokesman as saying.

This was the second group of Afghan security personnel released in Jawzjan province over the past week.

The release of security personnel from Taliban custody was taking place amid the two-day intra-Afghan talks which opened in Qatar capital Doha on Sunday.

The Afghan government also announced the release of some 900 militants languishing in prisons, about one month ago as a goodwill gesture to accelerate the ongoing peace process and national reconciliation in the conflict-battered country.

People buying alcohol get marked with ink in MP’s…

Cricket: Australia to host Afghanistan for a one-off Test…

Tax raids on Centre for Policy Research, Oxfam India and…