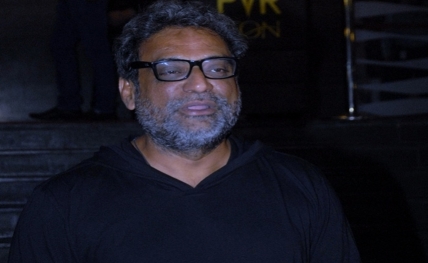 New Delhi, Aug 26 : "PadMan", an upcoming Hindi film that focuses on menstruation and women’s health, will be as high on entertainment as the evergreen "Sholay", says its director R. Balki, who believes there’s no point in being preachy to the audience.

Inspired by the life of Coimbatore-based Arunachalam Muruganantham, who found a way to make cheap, affordable sanitary napkins for women in his village, "PadMan" features an ensemble of actors like Akshay Kumar, Sonam Kapoor and Radhika Apte.

Of late, the world of Hindi cinema has been bringing some never-spoken-about subjects into the frame — be it open defecation via "Toilet: Ek Prem Katha", menstruation via "PadMan" or erectile dysfunction through "Shubh Mangal Savdhaan".

Has it become a new formula of sorts to merge social messages with a dose of entertainment in Bollywood today?

"I don’t know about that, but I was just fascinated by the life of the man on whom the film is based. I also feel sanitary napkins as a subject has not been touched in this country. It’s a revolutionary thing, what he did. It must be spoken about… People are so shy about it," Balki told IANS here.

But Balki, who was in the capital for an event by Ficci Ladies Organsiation (FLO), refused to describe "PadMan" as a "social or message-based" film.

"His (Muruganantham’s) life itself is equal to ‘Sholay’. It is as entertaining as the biggest masala entertainers… And when you have a life that is so entertaining, why do I need to add entertainment," asked Balki, who shot the film in rustic settings in Indore.

He stressed that cinema should "never be preachy".

Balki, who has had a long and fulfilling career in the field of advertising, started his journey as a feature film man with "Cheeni Kum" — about a romance between a 64-year-old man and a 34-year-old woman. He followed it up with "Paa", a heartwarming father-son relationship tale in which the son suffers progeria.

Thereafter, came "Shamitabh" about a mute hero, and then he gave the audience "Ki & Ka" on gender roles in the society.

What makes "PadMan" different for Balki is that it is the first time he is making a movie on someone else’s life. All his other movies have been fictional.

"I would like to always do original stuff. This is the first time I am doing something based on someone else’s life. I would never like to base a film on a book. If the product would not have been this — sanitary pads — I wouldn’t have done this film.

"I felt there will never be a chance again to do such an interesting subject… I prefer to write original content. Sometimes, fiction is a lot more interesting… you don’t know where it goes and you can dream up whatever you want to," he added.

Having said that, Balki believes the core of adapting someone’s life story for the screen is about "respecting the life the person has led".

"But it doesn’t mean you have to stay faithful to it. You have to fictionalise it sometimes. Like I was speaking to Arunachalam Muruganantham, and he was saying, ‘I wish bits and parts of this film were what I lived like’. So, it (the fictional bit) adds to his life… Anything that adds to his life and makes it more interesting, who is going to say no to it?

"Fundamentally, I feel that, as a filmmaker, you must respect the person and his life."

The film is slated to release next year.

US will not hesitate to raise cost on Russia: Biden