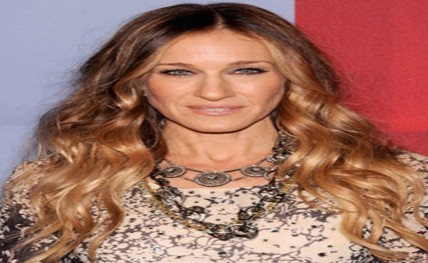 New Delhi, Oct 7 : Indian stylist and costume designer Arjun Bhasin, who has styled actress Sarah Jessica Parker for American TV show "Divorce", says he deliberately steered away from her "Sex and the City" image to create a "new identity" for her.

Parker is best known for her role as Carrie Bradshaw in the "Sex and the City" TV series as well as film franchise. Along with the story of how four women find their love, the show also focused on fashion and style with special attention to Parker’s character. And that image has stayed with the actress.

Bhasin says following up that image was hard, but necessary.

"It was actually kind of a dream come true for me. Sarah Jessica Parker is so interesting. Not only she is one of the most stylish people in the world, but also a very thoughtful and authentic person," Bhasin told IANS over phone from Los Angeles.

"So for us, it was a sort of a hard act to follow the last show that she did, which was so important in terms of the clothes and wardrobe. We wanted very much not to follow in the footsteps of the show, but rather to create a new identity," he added.

Twelve years after "Sex And The City" went off air, Parker is returning with a new comedy show "Divorce", written by Sharon Horgan. The show will premiere in India on October 17 on Star World Premiere HD.

In "Divorce", Parker plays Frances, a woman who has recently decided to divorce her husband.

Bhasin, whose film work includes names like "About Ray"," Love is Strange", "Begin Again", "Life of Pi" and "The Reluctant Fundamentalist", added that there was no pressure while making costumes for Parker.

"There wasn’t really a pressure to break the image. She is not the same character as she was in the last show, so we have to be very honest to the new character and make the new character from the ground up," she said, and added that he wanted clothes to "reflect the struggles that belongs to her role".

Along with Parker, Bhasin has styled for all the cast members of "Divorce".

Bhasin has previously dressed up the star cast in Bollywood films, including in "Dil Chahta Hai", "Luck By Chance", "Zindagi Na Milegi Dobara" and "Dil Dhadakne Do".

Talking about the comedy show "Divorce", he said: "It is about a couple who are having trouble in their marriage, how it effects people and how difficult it is to cope, about New York and winter."

Bhasin added that styling for "Divorce" was a long process.

Jayalalithaa to remain in hospital, no need for substitute CM: AIADMK

Khirkiya Ghat to emerge as new destination for tourists in…