Miranda Kerr, Orlando Bloom still ‘close’ to each other 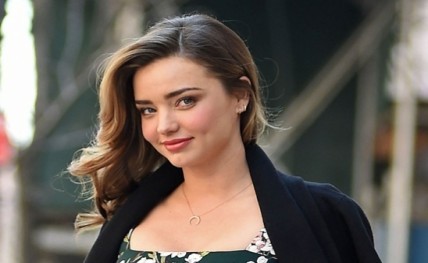 The 32-year-old, who split from the “Pirates of the Caribbean” actor in 2013, says she is still on good terms for the sake of their four-year-old son Flynn, reports femalefirst.co.uk.

“Orlando and I are still really close so he’ll (Flynn) be with his dad for a couple of days, then when I come back, he’ll be with me so that his dad can travel. He’s always either with his dad or with me,” Kerr told HELLO! Magazine.

The former couple even live just "five minutes" away from one another after moving to new properties in Los Angeles to make things even easier for their son, rather than returning to their native countries after the split.

“We decided as a family it was the right decision for Flynn, so Orlando and I both relocated and we live five minutes from each other. Everything revolves around my son and his welfare,” she said. (Bollywood Country Report)

Jamaica to host next WICB meeting

All issues with Pakistan can be resolved: Modi

Egypt’s parliamentary polls to kick off on October 18