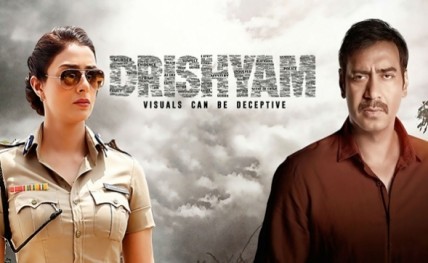 The film is running successfully on positive word of mouth publicity at the box office, read a statement from the production banner.

“Drishyam”, which is an official remake of the Malayalam film of the same name, collected Rs.8.05 crore on its opening day. The film witnessed good growth on Saturday and Sunday when it managed to rake in Rs.9.40 crore and Rs.12.13 crore respectively.

Made on a “medium budget” according to the director, the story of “Dhrishyam”, which released on July 31, revolves around a local cable operator Vijay Salgaonkar (Ajay), whose life revolves around cinema and his family; wife Nandini (Shriya) and daughters Anju and Anu. Tabu is playing the role of IG Meera Deshmukh in the film. (Bollywood Country Report)

4 injured after vehicle falls into deep gorge in Ramban