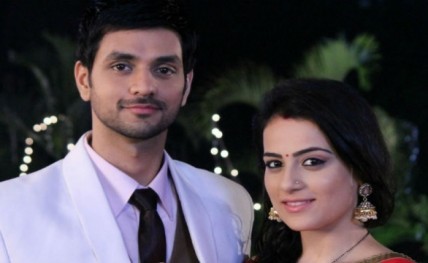 Mumbai, June 29: "Meri Aashiqui Tum Se Hi", one of the most popular shows on Colors, recently, completed its one year of successful run on television and to celebrate the occasion, a grand celebration was organised on the sets. The entire cast and crew of the show was present during the celebration that began by a cake cutting ceremony. The entire team had a blast during the party.

"Meri Aashiqui Tum Se Hi" is produced by Ekta Kapoor and features Shakti Arora and Radhika Madan in the lead. It went on air on June 24 last year. Currently, the show is focussing on the track that Ishaani has come to know about Ritika’s real intentions and would try to get back to Ranveer to stop him from marrying Ritika. However, major twists are set to come in during this drama. (Bollywood Country Report)

English Police begin search as 15 left with injuries after…

Martial eyes Sevilla move due to lack opportunities at Man-U