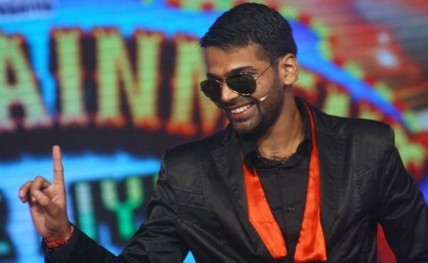 "After shows like ‘Comedy Circus’ and ‘Comedy Nights With Kapil’, I am entertaining the masses with a new show titled ‘Hansi Hi Hansi Mil Toh Lein’, which airs on Sab TV every Sunday.

"I am not only playing Akshay Kumar’s roles, but also doing some other interesting roles. This show will definitely tickle your funny bone and you’ll love it. Our industry works on the principle of entertainment and this show is flooded with entertainment," Vikalp told Bollywood Country.

For Vikalp, Akshay isn’t just someone whom he merely imitates. Vikalp considers the "Gabbar is Back" star as his inspiration and main reason for his tremendous success.

"I was an ardent fan of Akshay right from the beginning. In fact, I came all the way from Rajasthan to Mumbai and waited the whole day at Mehboob Studio just to click a photograph with him," he said.

"Akshay Kumar is the biggest reason this small town boy from Rajasthan has established his position in the entertainment industry. His backing has been the decisive factor in my career. Several stars become uncomfortable seeing others imitating them.

"But he has been extremely sporting. He knows me by my name and he introduces me to people saying ‘This is Vikalp and brilliantly mimics me’. I’ve stood in the same frame with him for various advertisements and shows, for which I’ll forever be grateful to him," he added. (Bollywood Country Report)

Big B urges fans to unfollow his fake account

Nobody can replace Sunil as Gutthi: Upasana Singh

Sonia urges state Congress chiefs to work for ramping up…