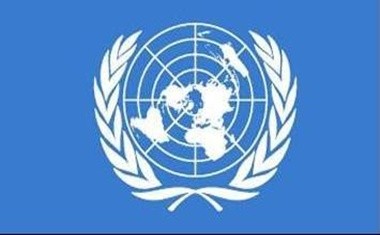 United Nations, March 31 (IANS) Senior UN officials said on Monday that the Boko Haram militant group has been unable to disrupt the electoral process in Nigeria and following the involvement of regional forces in Nigeria, the area controlled by the group has reduced.

Head of the UN Office of West Africa (UNOWA), Mohammed Ibn Chambas, and the deputy UN emergency relief coordinator, Kyung-wha Kang, briefed the UN Security Council (UNSC) on the Boko Haram militancy, according to a Xinhua report on Monday.

The UNSC met to discuss threats to international peace and security posed by terrorism.

Boko Haram had been "weakened", but was still committing "horrendous" acts, Chambas said.

Polling stations across Nigeria opened on Saturday amid tight security, as more than 56 million voters cast their ballots to elect a new president.

Earlier that day, at least 25 people were killed in an attack suspected to be perpetrated by the Boko Haram on a community in the northeast Nigerian state of Borno.

The elections had been delayed by six weeks so that government troops could recapture all the communities seized by the Boko Haram since last year.

According to Chambas, Boko Haram’s violence and brutality had intensified, with the militants using children as suicide bombers and human shields. He said that the Boko Haram allying with the Islamic State (IS) terrorist organisation showed that its agenda went well beyond Nigeria.

"Though weakened, the group continues to commit horrendous acts against civilians, including against women and children," said Chambas, who is also the special representative of the UN secretary-general for West Africa.

"Boko Haram’s recent allegiance to the Islamic State for Iraq and the Levant (ISIL), whether for publicity reasons or to tap into ISIL’s support, is also of concern as it is gives a clear signal that Boko Haram’s agenda goes well beyond Nigeria," he said.

"Today, Boko Haram holds only a few areas in Borno State. Moreover, according to reports by the Nigerian Army, on 27 March, Boko Haram’s headquarters in Gwoza was captured," he said.

According to the deputy UN emergency relief coordinator, Kyung-wha Kang, the conflict in northeastern Nigeria and the Lake Chad Basin had forcibly displaced at least 1.5 million people in Nigeria and the neighbouring countries.

Kang noted that over 7,300 civilians had been killed by the Boko Haram since the beginning of 2014, including 1,000 people this year alone.

The Boko Haram, whose name translated from the local dialect means "Western education is sin”, has been a major security threat to Nigeria since 2009 and had also threatened Nigeria’s neighbouring countries, Chad, Cameroon and Niger. Earlier this month, it declared its allegiance to the Islamic State (IS) terrorist group.

EU security policy must not be against Russia: Merkel

Porsha Williams Has Fans’ Jaws Dropping With New Pics And…