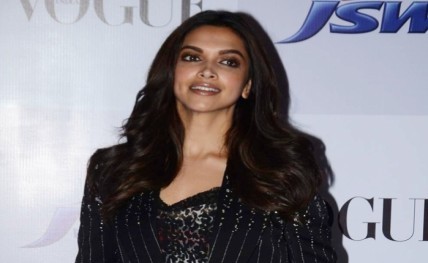 Mumbai, March 30: Actress Deepika Padukone and director Homi Adajania, who together did films like "Cocktail" and "Finding Fanny", have now come together for women empowerment. The two have collaborated on a short film called "My Choice", which has been made under #VogueEmpower campaign that aims at empowering women and talks about a woman’s right to make decisions that govern her life.

At the launch of the short film, Deepika spoke about why she chose to come out with a shot film on women empowerment.

Further, Homi, who has directed the short film, elaborated on the film’s subject that brings together 99 women from different walks of life and voicing their choice for equality.

Cong appoints Jairam Ramesh as head of its communication,…

Israel carries out airstrikes on Hamas targets in response…

PICS: Harish Shankar in awe of Salman Khan’s aura as he…