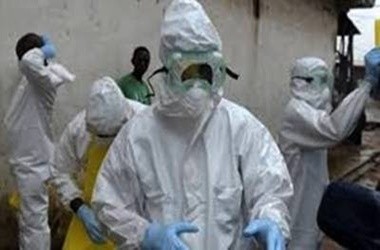 ‘Liberia one month away from being declared Ebola-free’ Monrovia, March 14 (IANS) Liberia — one of the countries worst hit by Ebola — will be declared free of the disease by the World Health Organisation (WHO) on April 13 if no new case is reported, a Liberian official has said.

Montserrado county — an Ebola hot spot — has gone 18 days without any new case being reported, said Tolbert Nyenswah, head of Liberia’s Ebola Incident Management System and assistant minister of health for preventive services, according to Xinhua on Friday.

He said that other areas across the country have had no new cases for 21 days or longer.

Lisa white, public information officer of the United Nations Mission for the Ebola Emergency Response (UNMEER), urged people to stay alert and said: "Liberia’s borders are open to countries that are still fighting against the virus."

According to new figures released by the WHO, 10,004 people have died from the disease in Sierra Leone, Liberia and Guinea, and more than 24,350 people have been infected.

The UN announced on Wednesday that the WHO and the World Food Programme (WFP) would be joining forces to bring the cases of Ebola outbreak in West Africa down to zero.

Ebola is a form of haemorrhagic fever, symptoms of which are diarrhoea, vomiting and bleeding. The virus spreads through direct contact with infected blood, faeces or sweat. It can also be spread through sexual contact or unprotected handling of contaminated corpses.

The virus currently has no approved therapy or vaccine, though earlier this month, the WHO launched Ebola vaccination trials in Guinea.

India opt to field against Zimbabwe