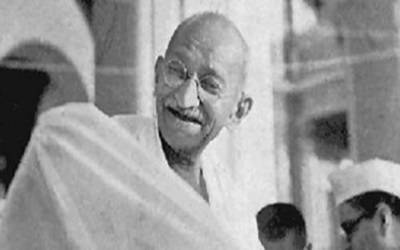 Chicago, Jan 30 (IANS) A nearly six-centuries-old song written by Gujarat’s most revered poet-philosopher Narsinh Mehta and made by Mahatma Gandhi as his life’s guiding force is now a subject of an upcoming documentary.

The documentary titled “Gandhi’s Song”, being written and directed by Chicago-based journalist and writer Mayank Chhaya, begins production in the next couple of weeks with location shooting in Junagadh and elsewhere in Gujarat where Mehta spent his life creating some of the most popular metaphysical ruminations addressed to Krishna.

“Generations of Indians since Gandhi’s assassination on this day sixty seven years ago have grown up thinking that ‘Vaishnav Jan To’ was written by him. This is a remarkable example of the creation being more enduring than the creator. This particular bhajan is unique in the sense that it remains so current in its moral underpinnings about what constitutes a civilized human being,” Chhaya told IANS.

“Gandhi’s Song” will be a full-length documentary feature with a clear focus on bringing Mehta and his profound philosophy about the universe to the attention of global audiences. Mehta, who by most widely accepted consensus lived between 1414 and 1481, was in a sense unwitting figure in India’s great Bhakti Movement, which flourished organically throughout the country during medieval times between 800 and 1700 CE.
In the tradition of the figures of the Bhakti Movement of the time, Mehta was also a pioneering social reformer who used the power of his poetry to break down rigid caste and class barriers.

“Vaishnav Jan To, which is easily among the most widely sung songs in the world, was typical of Mehta’s deceptively simple but profound worldview. Each verse essentially defines what kind of moral standards should drive humans. I would argue that the bhajan in many ways shaped Gandhi’s larger socio-cultural view that was at the heart of the country’s freedom movement. It is any poet’s envy that a creation not only lasts centuries but continues to retain its modernity,” Chhaya says.

Although “Gandhi’s Song” is pegged on “Vaishnav Jan To” because of its global recognition, the documentary will dwell on Mehta as a poet, reformer and figure who defied constricting social norms and worked all his life to establish societal equity among people divided by castes.

“When Prime Minister Narendra Modi was feted at the Maidson Square Garden, violin maestro L. Subramaniam and his singer wife performed a re-composed version of ‘Vaishnav Jan To’. No one mentioned that it was written by Narsinh Mehta. I want to correct that huge omission although knowing his philosophy it wouldn’t have mattered to Mehta one bit,” Chhaya says.

Militants fire at police in Kashmir