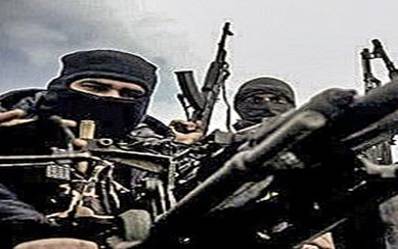 US confirms death of its suspected jihadi in Syria Washington, Aug 27 (IANS/EFE) An American citizen was killed in Syria where he was allegedly fighting alongside jihadis of the Islamic State (IS), the White House said.

"We continue to use every tool we possess to disrupt and dissuade individuals from travelling abroad to participate in jihad," Hayden added.

McCain, a 33-year-old US citizen from California, was an IS combatant and died this weekend in combat in Syrian territory.

State Department spokeswoman Jen Psaki said authorities were in contact with the family to provide all possible consular assistance, but she did not give more details.

McCain’s death was notified to his family, Monday, according to an official source, who added that several dozen US citizens have moved to Syria to fight alongside radical groups, including the IS.

"The threat we are most concerned about to the homeland is that of fighters like this returning to the US and committing acts of terrorism," the source said.

Hundreds of western citizens are believed to have joined the IS, including the executioner of US journalist James Foley, whose accent was identified as British on the video that showed the beheading of the reporter.

In June, the IS declared an "Islamic Caliphate" in the large territory it controls in Iraq and Syria, extending from the Syrian province of Aleppo to Diyala in Iraq.

‘Kill securitymen before blowing yourself up’