Journey in Bollywood gets better with time: Kashish 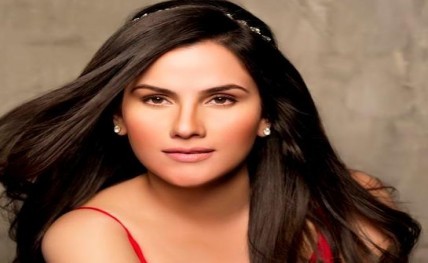 New Delhi, Jan 23 : Newcomer Kashish Singh, debuting in Bollywood with producer Kumar Taurani’s next yet-untitled film, says getting a break in the Hindi film industry is hard, but the hurdles ease out with time.

Kashish comes from a non-film background, and she believes it adds to the journey’s woes.

"The journey is hard but it gets better with time. Patience and faith are what keep me going. There is a lot of irritation and trouble that you will go through, but you have to hold on," Kashish told IANS in an email interaction.

The actress hails form Delhi and she moved to Mumbai three years back to pursue her acting dreams. She has also formally learnt the art of acting from Anupam Kher’s school Actor Prepares.

This may be her Bollywood debut, but Kashish had featured in the promotional song "Funda carry on jatta" in Punjabi movie "Carry on Jatta" with Gippy Grewal. She recently featured in a song "Preeto" for Punjabi film "Viyah 70 km", which released in September 2013.

"I was very focused in my mind that I want to do films from the very beginning. My choices are not restricted towards Bollywood," she said.

Kashish will also be seen soon in Punjabi film "Yaarana", which she could really relate to.

"’Yaarana’ is youth-based movie. I play Seerat, a young chirpy, bubbly college girl who is the love interest of the lead actor Yuvraj Hans. I could relate to the character very well and thoroughly enjoyed the experience," she said.

The actress, however, did not have to undergo any special training for the role other than "learn Punjabi".

Kashish’s other work credits include various print advertisements for brands such as Dabur, Siemens and Fair & Lovely.

Apart from Taurani’s next film, which will be a thriller, the actress also has some southern films in the pipeline.

Abeer Nehme to perform at music fest in Rajasthan