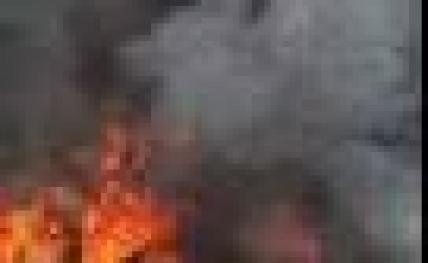 Islamabad, Nov 21: At least three people, including one security personnel, were killed and twenty five others injured in a powerful bomb blast in Quetta, the capital of Pakistan’s Balochistan province, Thursday.

The explosion took place near the mobile vans of paramilitary forces in the Sirki Road area of the city, the Associated Press of Pakistan (APP) reported.

“Unknown men had fitted a remote-controlled device with a bicycle and parked it near the vehicles of security forces. They exploded it as security men were busy checking vehicles and pedestrians,” Mohammad Jaffar, deputy inspector general (DIG) of operations, told APP.

As a result, three people, including constable Mohammad Asghar, a 13-year-old child and a 45-year-old man died on the spot while 25 others, including nine security men, suffered injuries.

An FC spokesman, when contacted, confirmed that three personnel of the FC sustained injuries.

Two vehicles of the paramiltary forces were damaged by the blast.

Five civilian vehicles, three motorcycles and a rickshaw were also partially damaged while the glasses of a nearby bank and other buildings were smashed.

Soon after the incident, police officials reached the site and threw a cordon around the area.

The victims were moved to the Combined Miltary Hospital (CMH) and Civil Hospital of Quetta. An emergency has been declared in the hospitals.

Police have started initial investigations and collected evidence from the blast site.

Meanwhile, Pakistan Prime Minister Nawaz Sharif strongly condemned the bomb blast and prayed for the peace of the departed souls.

President Mamnoon Hussain too strongly condemned the blast in Quetta and prayed for courage to the bereaved families to bear their loss with fortitude.

Balochistan Chief Minister Abdul Malik Baloch and Governor Mohammad Khan Achakzai flayed the incident and expressed sympathy with the families of the victims.

They called upon the police officials to arrest the culprits at the earliest.

Maradona rape accuser meets media – as reason he ‘was buried…

Willing to mediate between Centre, farmer unions if govt…