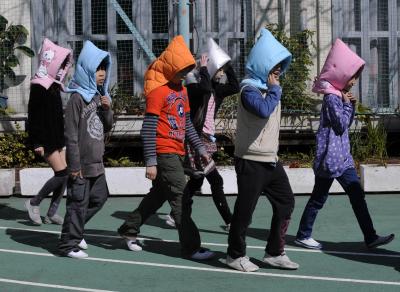 Tokyo, Nov 29 (IANS) Twenty children in Japan’s Osaka prefecture were hospitalised on Tuesday after a sulfur-like odor at their school left some of them feeling unwell.

The fire department was called shortly after 9 a.m. after the odour in the elementary school in Osaka’s Toyonaka City was noticed, Xinhua news reported.

In response to the emergency call, more than 10 ambulances and fire trucks were deployed to the school.

Firefighters entered the building in an attempt to locate the source of the sulfur-like smell, while 20 children aged between seven and 11 were reportedly taken to hospital for checkups as they were feeling ill.

The firefighters’ search of the school using gas detectors did not turn up any abnormalities although investigations are ongoing.

Pakistan holds talks with Afghanistan after TTP calls off ceasefire

Women with dementia at greater disadvantage than men